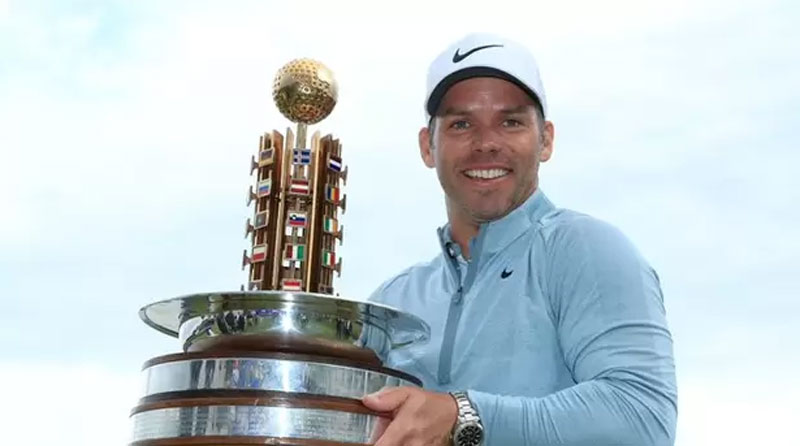 England’s Paul Casey produced a bogey-free final round of six-under-par 66 to win the European Open by one stroke in Hamburg on Sunday. World number 17 Casey edged past overnight leaders Bernd Ritthammer and Robert MacIntyre with three birdies on the back nine to finish 14-under for the tournament at the Green Eagle Golf Course. Ritthammer and MacIntyre had an opportunity to force a playoff but both left their birdie putts short on the final green as Casey became the third successive Englishman to win the event after Jordan Smith and Richard McEvoy. Casey, a four-time Ryder Cup player, claimed his first win in Europe since the 2014 KLM Open in the Netherlands and his 14th overall. It was the second victory of the year for the 42-year-old Casey after lifting the trophy at the Valspar Championship on the U.S. PGA Tour.

“This is an incredibly prestigious tournament,” said Casey, who worked at the European Open as a 14-year-old volunteer in 1991. “I’m over the moon to be European Open champion. “It was nice to make the putts when it counted. And that really was the key. The ball-striking was excellent. I gave myself an awful lot of chances.” Scottish rookie MacIntyre, who finished sixth in the British Open, continued his impressive run with a closing 68 as he secured a runner-up finish for the third time this season. The 23-year-old shared second spot with German Ritthammer and Matthias Schwab of Austria. Austrian Bernd Wiesberger finished fifth at 12-under after a superb 64, while playing partner Romain Wattel, of France, was one shot further back in sixth. Italian Guido Migliozzi and Spain’s Pablo Larrazabal finished joint seventh on 10-under.