Will defend our motherland till last drop of blood: Naval Chief 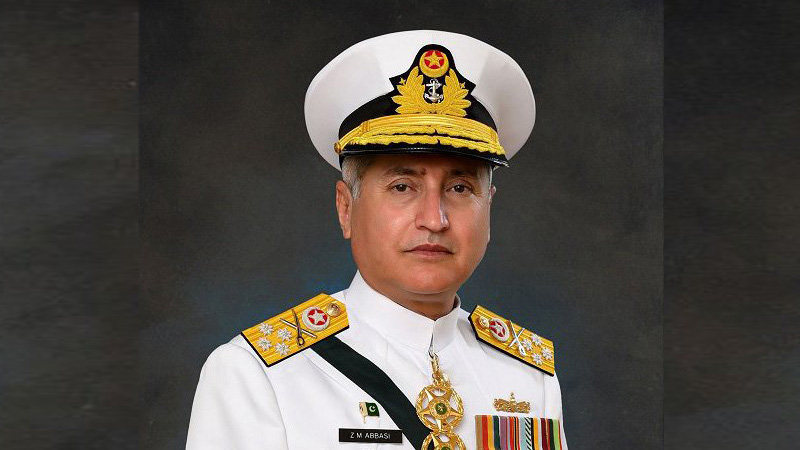 We will defend our motherland to the last man and the last drop of blood, Naval Staff Chief Admiral Zafar Mahmood Abbasi pledged on Sunday.

“Today, all the officers, chief petty officers (CPOs) and sailors of the Pakistan Navy (PN) reiterate their resolve and commitment to relive the spirit of September 8, 1965 and pledge to defend our motherland, to the last man and last drop of blood,” the admiral said in his message on Naval Day.

On the night of September 7, the PN launched its assault on Western Indian shores. Dwarka was chosen for its proximity of 200 kilometers from the Karachi Port. The Pakistan Navy destroyed a radar station and several other installations of India.

The Pakistan Navy has always been at the forefront in ensuring safety and security of international waters either in collaboration with other navies or through independent initiatives, the naval chief said.

The Maritime Arena is facing numerous challenges today, including piracy, illegal trafficking of arms and drugs, human smuggling and the menace of maritime terrorism, he said.

The development of Gwadar Port and realisation of China Pakistan Economic Corridor (CPEC) will enable us to exploit the untapped Blue Economy with huge economic dividends, Abbasi said.

Turning towards Kashmir, he said the Indian attempt to annex Jammu and Kashmir and enforce a fascist control over Indian Held Kashmir (IHK) has serious implications on the security of the entire region and the world at large.