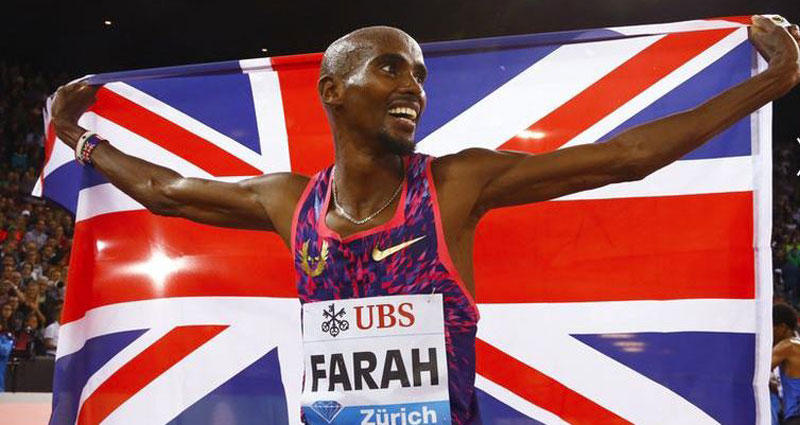 LONDON: Britain’s Mo Farah won a record sixth successive Great North Run after setting his personal best time on Sunday. The Olympic gold medallist raced ahead of Ethiopian Tamirat Tola in the final mile to cross the line in 59 minutes and six seconds. Farah, double Olympic champion at both 5,000 and 10,000 metres, said the race was an ideal preparation for October’s Chicago Marathon, with his sights set firmly on running at the Tokyo Olympics next year. “The crowd was so loud I didn’t know if he was closing the gap so I kept looking behind,” the 36-year-old told BBC Sport. “I’ve really enjoyed it but the past couple of years has been in the middle of marathon preparation. It was good to test myself. Things are looking good and I’m happy with the win. “Tokyo is definitely on the cards – as an athlete you always want to represent your country. You just have to take it one year at a time. Hopefully, come Tokyo time, we will be in the mix.” The women’s course record was beaten by Kenyan Brigid Kosgei, who finished with a time of 1:04:28, five months after winning the London Marathon.