Mehwish runs into Nick Jonas at US Open 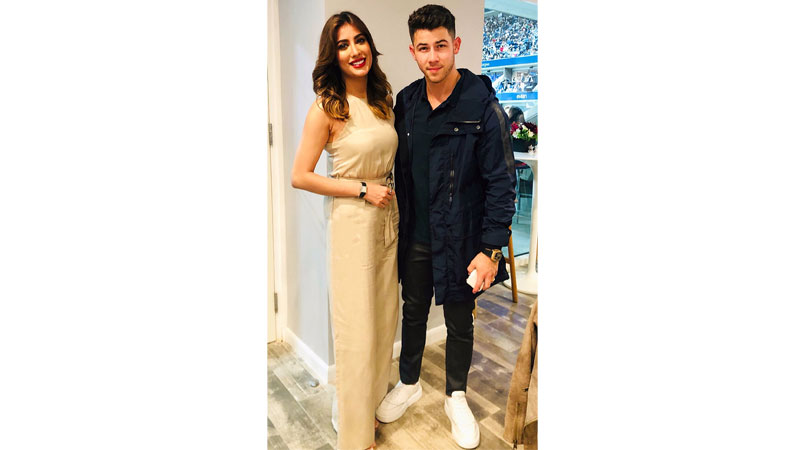 Actress and humanitarian Mehwish Hayat ran into singer and songwriter Nick Jonas at a tennis match in New York and Twitter is all over it.

The Load Wedding star met Jonas at the Billie Jean King National Tennis Center in New York where she was attending the men’s semi-final of the US Open.

She shared a picture of herself with Nick Jonas on her Instagram and Twitter accounts with a caption, “Guess who I ran into at the US Open Men’s Semi Finals in New York! One thing we both agreed on was that we were both rooting for @rafaelnadal!”

Nick Jonas’ wife, Priyanka Chopra was also spotted attending the US Open a few days ago with her mother.

Twitter reactions on Hayat’s post ranged from excitement and well-wishes for the actor to some insisting on making comparisons between Chopra and Hayat.

Last month, during a ceremony in Norway, where she was awarded the Pride of Performance Award by Norwegian Prime Minister Erna Solberg, Hayat had pointed out that Bollywood and Hollywood have “tarnished the image of Pakistan globally”

She had also Tweeted about the atrocities in Kashmir, taking to the social media platform to spread awareness of the situation.