Like meat, but not meat — the latest tech advances 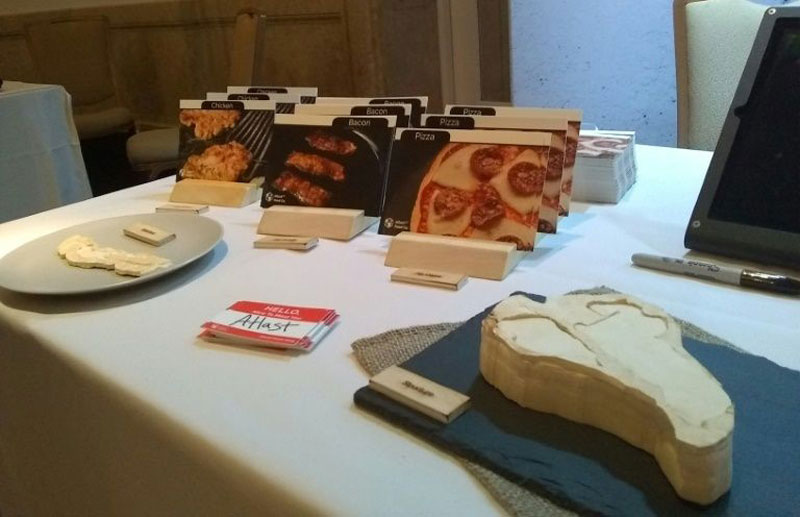 Meaty mushrooms, printed ‘steaks’ and NASA discoveries — the latest array of meat alternatives has been showcased at the Good Food Conference in San Francisco.

At various stages of production, here are a few of the ideas gaining attention as producers and investors focus on the booming vegetarian sector.

The Ecovative company was founded in New York in 2007 to develop bio-degradable packaging made from mycelium, the root structure of mushrooms.

That project was to find alternatives to plastic packaging — but the company then applied the same technique to make a leather substitute, and is now moving onto a meat alternative.

“You can grow a mushroom into a unique form” by changing its growing environment, says co-founder Gavin McIntyre.

Once mature, the mushroom “has the structure and texture to simulate whole cut meat” — not just burgers and sausages — and can be a “blank canvas” for other ingredients to add taste and nutrients.

The company is seeking partners to develop its product.

He has applied his expertise to the food sector after founding the Spanish start-up NovaMeat that uses plant ingredients such as rice, pea protein and seaweed.

The printer uses the material to create alternative beef steaks and chicken breasts, with texture claimed to match real meat.

NovaMeat announced at the conference that it had raised $2million from New Crop Capital, a specialty food fund, for further development of meat substitute technology.

Sustainable Bioproducts, based in Chicago and led by Frenchman Thomas Jonas, is developing a new way to grow edible protein using NASA research.

It says it has discovered a so-called “complete protein” with all nine amino acids essential to the functioning of the human body, and that it can re-create the protein to manufacture food.

The company, which plans to open a factory next year, recently raised $33 million in financing from venture capital funds and food and agribusiness companies.