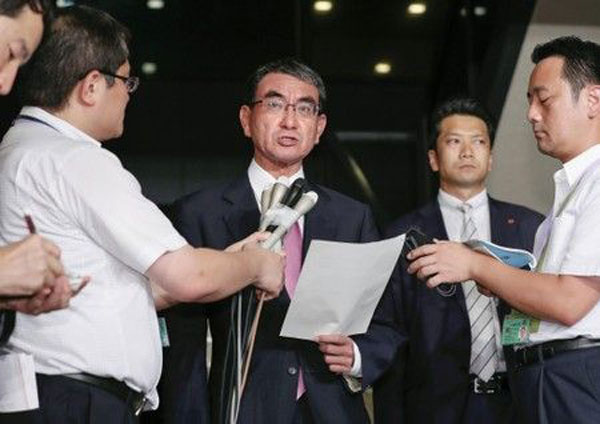 Japan’s Foreign Minister Taro Kono is being considered for the role of defence minister when Prime Minister Shinzo Abe reshuffles his cabinet next week, the country’s Sankei Shimbun reported on Sunday.

Abe is hoping that the 56-year-old Kono, who is known for his close ties with the United States and positive relationship with US Secretary of State Mike Pompeo, will strengthen Japan’s role in trilateral security cooperation between Tokyo, Washington and Seoul amid the ongoing dispute, the Sankei said.

The Defence Ministry was not immediately available for comment on the issue.

The Yomiuri newspaper reported on Wednesday that Economy Minister Toshimitsu Motegi was set to replace Kono as foreign minister in the reshuffle expected on Sept. 11.

Kono, who has served as foreign minister since August 2017, is the son of former chief cabinet secretary Yohei Kono, who wrote a landmark 1993 apology to “comfort women” who were forced to work in Japanese wartime military brothels.

First elected to parliament in 1996, Kono is a fluent English speaker and was educated at Georgetown University in Washington.