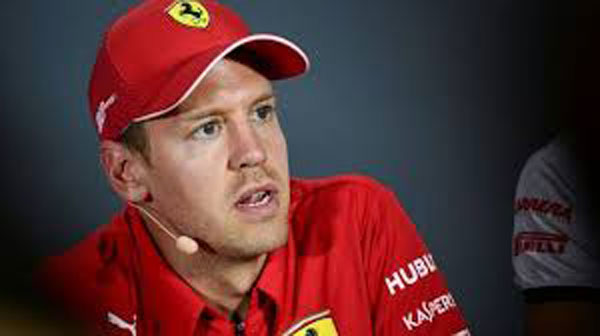 MONZA: Sebastian Vettel completed a Ferrari sweep of Italian Grand Prix practice on Saturday, boosting hopes of a first home victory since 2010 for Formula One’s oldest, most glamorous and successful team. After 21-year-old Monegasque team mate Charles Leclerc had led the way in Friday’s two sessions, the German — chasing his first race win in more than a year — put his name top of the timesheets. Vettel lapped the Monza circuit with a best time of one minute 20.294 seconds, on the fastest soft tyres, with Red Bull’s Max Verstappen second and 0.032 slower. Verstappen, winner of two races this season, will start from the back of the grid, however, due to an engine change. Valtteri Bottas was third fastest, 0.109 off Vettel’s pace, with Leclerc fourth but with the exact same time on a dry and sunny morning in the former royal park near Milan. Australian Daniel Ricciardo lapped fifth fastest for Renault, just ahead of Mercedes’s five times world champion Lewis Hamilton, also on the soft tyre. Hamilton, last year’s winner in Italy and chasing a record sixth victory at one of only two grands prix that has been on the calendar every year since the first championship season in 1950, is 65 points clear of Bottas in the standings.