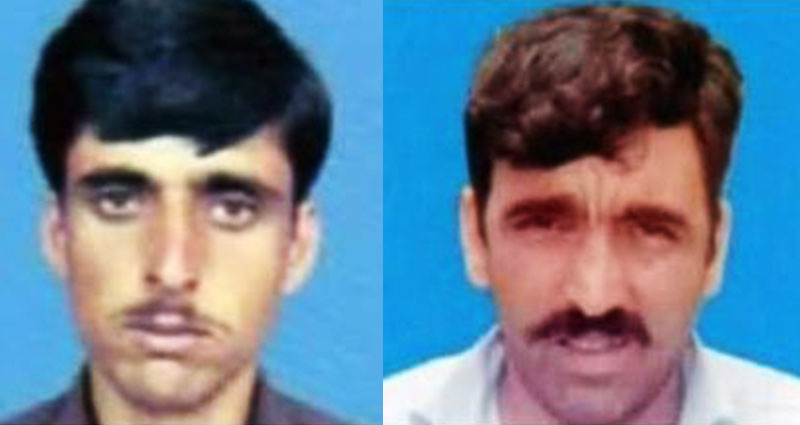 Indian army and media projecting two Pakistanis, who had inadvertently crossed the Line of Control (LoC) on August 21, as terrorists is yet another attempt to fabricate facts and prepare ground for a false flag operation, the Inter-Services Public Relations (ISPR) maintained in a statement on Saturday.

On August 21, 2019, two local farmers from Azad Jammu and Kashmir – Muhammad Nazeem s/o Arif Hussain, 21, and Khalil Ahmed s/o Abdul Aziz, 30 – inadvertently crossed LoC near Hajipir while they had gone for grass cutting, the ISPR said. On August 27, the incident was discussed by the military authorities during their weekly hotline contact, it said, adding that Indian authorities had acknowledged and informed that routine legal formalities were taking place and that they would get back on that account. Later, on September 2, Indian media fabricated the facts and declared both innocent individuals as members of a proscribed organisation, the ISPR regretted.

On September 3, Indian authorities were once again informed during weekly hotline contact regarding false Indian media reports despite prior exchange of information and facts, the ISPR said. It was assured by the Indian side that due legal process was in place and the outcome would be shared with the Pakistani authorities, it said. “In complete disregard to formal sharing on the incident, a false and fabricated story was presented by Indian army during a presser on September 4, portraying the individuals as terrorists,” the ISPR added.

The ISPR maintained that the attempt to fabricate facts and portray the innocent boys as terrorists is another Indian effort to prepare ground for a false flag operation. “Pakistan is taking up formal case based on evidence to expose Indian lies,” it concluded.

Meanwhile, Chief of Army Staff (COAS) General Qamar Javed Bajwa on Saturday said that martyrs are the pride of Pakistan and looking after their families was the responsibility of the armed forces and the nation.

In a message posted on Twitter a day after Pakistan observed Defence and Martyrs Day, Inter-Services Public Relations Director General Maj Gen Asif Ghafoor said the COAS has thanked the nation for reaching out to the families of the martyrs. “COAS thanks nation for reaching out to families of Shaheeds on the eve of Martyrs Day. Martyrs are our pride & their families our responsibility: COAS,” the DG ISPR tweeted.

The DG ISPR thanked the media outlets for unprecedented coverage of the Defence and Martyrs’ Day. He further expressed his gratitude to the entire nation for reaching out to the families of the martyred soldiers.