Pakistan denies Indian president permission to use its airspace 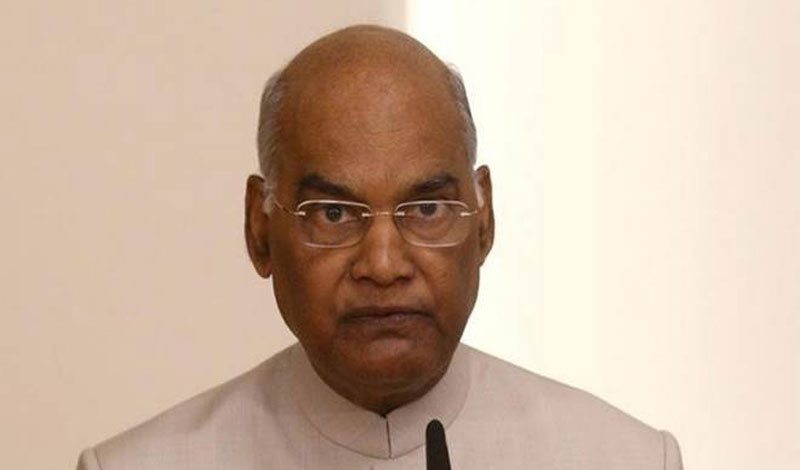 Pakistan on Saturday said it has denied India’s President Ram Nath Kovind permission to fly through its airspace – access to which is usually granted – due to New Delhi’s recent ‘behaviour’.

The decision comes at a time of high tension between the two nuclear-armed South Asian neighbours over Indian-held Kashmir.

“The decision has been taken in view of India’s behaviour,” Foreign Minister Shah Mahmood Qureshi said in a statement. “The Indian president had sought permission to use Pakistan’s airspace to travel to Iceland but we decided not to permit him,” he said. “We have shown patience and raised the issue very cautiously but the Indian government does not change anything. It may be recalled that last month, Indian Prime Minister Narendra Modi’s plane landed in France using Pakistani airspace, which was authorised by Pakistan,” he added.

“Pakistan has rejected the Indian request due to their behavior and carrying out atrocities in Indian occupied Kashmir where they have locked the valley in the last 34 days,” the minister said, adding that unilateral Indian actions in the occupied valley have endangered the regional peace and security.

The Indian president is scheduled to leave for three-nation visit to Iceland, Switzerland, and Slovenia from September 9th to 17th, according to Indian media.

Pakistan closed its airspace to Indian traffic after aerial dogfights in February ratcheted up tensions between Islamabad and New Delhi. It reopened its skies for all civilian traffic in July, ending months of restrictions affecting major international routes.

On Aug 27, Federal Minister for Science and Technology Fawad Chaudhry had claimed that Pakistan was again considering a complete closure of airspace to India following repeal of special status of Kashmir valley by the Modi-led Indian government. “PM is considering a complete closure of Air Space to India, a complete ban on use of Pakistan Land routes for Indian trade to Afghanistan was also suggested in cabinet meeting, legal formalities for these decisions are under consideration…#Modi has started we’ll finish!,” the minister had posted on his Twitter handle.

From 1954 until Aug 5, 2019, Jammu and Kashmir had special provisions under which it would enact its own laws. The provisions also protected the region’s citizenship law, which barred outsiders from settling in and owning land in the territory.