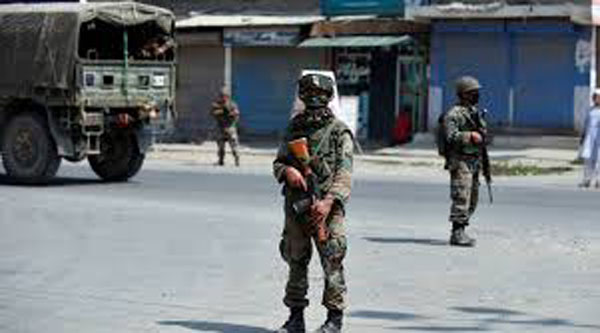 After usurping all basic rights and freedoms of the people of the Indian-held Kashmir, Indian government is also disallowing them to perform their religious obligations, Kashmir Media Service reported.

Since abrogation of special status of the occupied valley on August 5, the Indian authorities have not allowed Friday prayers at Srinagar’s historic Jamia Masjid and many other main mosques of the valley, which is under continued clampdown for the past over a month. The authorities have now announced that no Muharram procession will be allowed in the occupied territory, fearing that these gatherings can turn into anti-India demonstrations.

On 8th and 10th of Muharram, huge processions are traditionally taken out from different areas of Srinagar and other parts of the valley to pay rich tributes to Imam Hussain (AS) and His companions who were martyred in Karbala.

Meanwhile, the Kashmir valley remained under strict military siege on the 34th consecutive day on Saturday. All markets, schools and colleges stood closed while transport was off the road. Internet, mobile, landlines and TV channels in most areas were also shut.

Strict military siege in occupied valley enters 34th day, with all markets, schools and colleges closed and transport off the roads

The valley remains cut off from the rest of the world due to continued blockade and suspension of communication services since August 5. The region represents a humanitarian crisis as the residents are facing severe shortage of essential commodities like and life-saving drugs. Patients are scrambling for medicines while doctors are facing immense difficulties to reach hospitals.

Hurriyat activists through posters and handbills have warned Tri Netra Foundation, an Indian non-governmental organisation, to desist from misleading the world community about the prevailing situation of the territory.

Tri Netra Foundation in collaboration with the Indian Home Ministry is using Kashmiri Muslim girls to pacify the Kashmiris’ tempers against repeal of special status of the occupied valley and give an impression that the situation is normal in the territory. The Hurriyat activists urged the Kashmiris to beware of the actions of India and its paid NGOs and frustrate their nefarious designs.

Kashmiri political activist Shehla Rasheed in a tweet has described the sedition case filed against her by the New Delhi police as frivolous, politically motivated and a pathetic attempt to silence her.

Meanwhile, four persons including a baby girl were injured after they were shot at by unidentified persons in Dangerpora area of Baramulla district on Saturday.