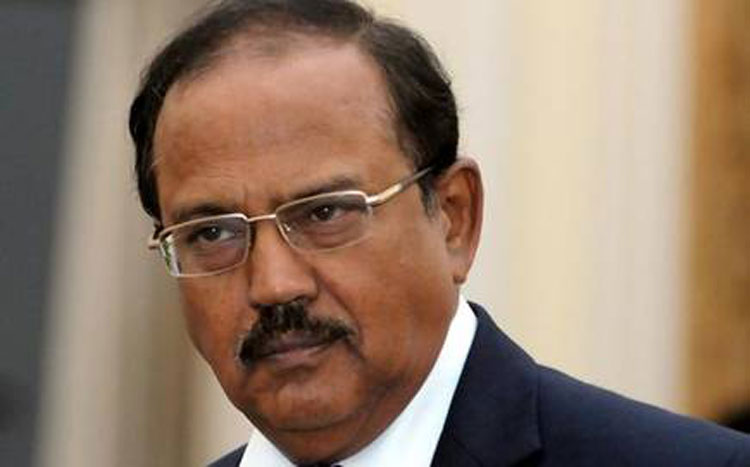 More than a month after India stripped the restive region of its autonomy and severely restricted movement, mobile phone networks and the internet remain cut off in all but a few pockets.

National Security Advisor Ajit Doval said that ‘100 percent’ of landlines now worked but that a further easing depends on Pakistan, which he claimed has sent 230 militants into the region. “Lifting the communications depends on how Pakistan behaves,” he told reporters. “We are determined to protect the lives of Kashmiris even if we have to impose restrictions,” he added.

Doval also said that India has intercepted messages sent by ‘Pakistani communication towers’ to operatives inside Indian-held Kashmir. He added that he believes a ‘majority’ of Kashmiris backed India’s step on August 5 to scrap Kashmir’s special status since they feel it will bring economic and other benefits.

Doval cited an attack on a major apple merchant in occupied valley as an example of Pakistan encouraging violence against people who are carrying on their businesses. He claimed Pakistan and groups based there have frowned upon signs of normalcy and rebuked militants inside Kashmir for failing to stop the trucks. “After the trucks moved, there were repeated messages from Pakistan asking for this to stop,” he claimed.

On Friday, two suspected militants attacked the merchant’s home near Sopore, wounding his 25-year-old son and two-year-old granddaughter. The assailants spoke the Punjabi language, suggesting they had come from Pakistan, and were on the run, Doval said, a claim vehemently rejected by Pakistan.

Prime Minister Imran Khan, who has compared the Indian government to the Nazis, has been on a diplomatic offensive against New Delhi’s move in Muslim-majority Kashmir, saying it is bent on ‘ethnic cleansing’.

Indian media on Saturday quoted US State Department spokesperson Morgan Ortagus as saying Washington remained “very concerned by widespread detentions, including of local political and business leaders, and the restrictions on the residents of the region.” “We are also concerned about reports that internet and mobile phone access continues to be blocked in certain regions,” Ortagus said.