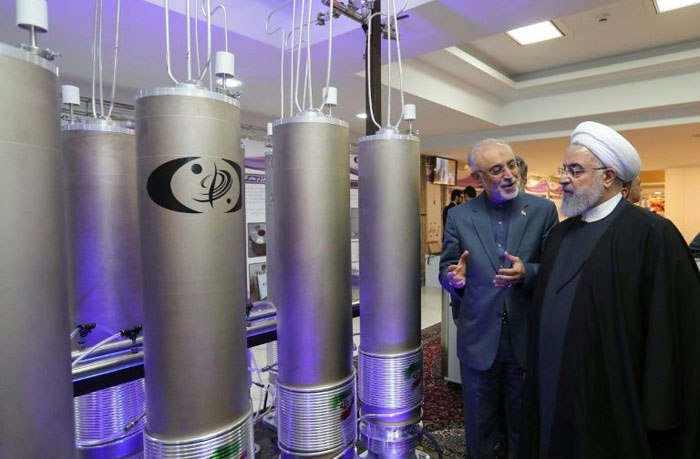 Iran has started up advanced centrifuges to boost its stockpile of enriched uranium but will allow the UN atomic agency to continue monitoring its nuclear programme, a spokesman said Saturday.

The spokesman for Iran’s Atomic Energy Organisation said the agency had activated 20 IR-4 and 20 IR-6 centrifuges as a third step in the Islamic republic’s reduction of its commitments under a 2015 nuclear deal.

“The centrifuge machines, as they are engaged in research and development, will help with increasing the stockpile,” spokesman Behrouz Kamalvandi said.

“The capacity of these machines is many times more than the previous machines. This started as of yesterday (Friday),” he told reporters.

But Kamalvandi said Iran would allow the UN atomic agency — the International Atomic Energy Agency (IAEA) — to continue monitoring its nuclear programme, as it has done under the 2015 accord with major powers.

“Regarding the monitoring and accesses of the IAEA… so that everything is clear (Iran’s) commitments regarding transparency will be followed as before,” he said.

Iran and three European countries — Britain, France and Germany — have been engaged in talks to save a 2015 nuclear deal that has been unravelling since the US withdrew from it in May last year. Iran had warned it would carry out a third round of cuts to its commitments unless other parties to the deal offset the effect of US sanctions in return for its continued compliance. It has already hit back twice with countermeasures in response to the US withdrawal from the 2015 deal, which promised it relief from sanctions in return for curbs on its nuclear programme.