Felicity faces one month in prison in college admission scandal 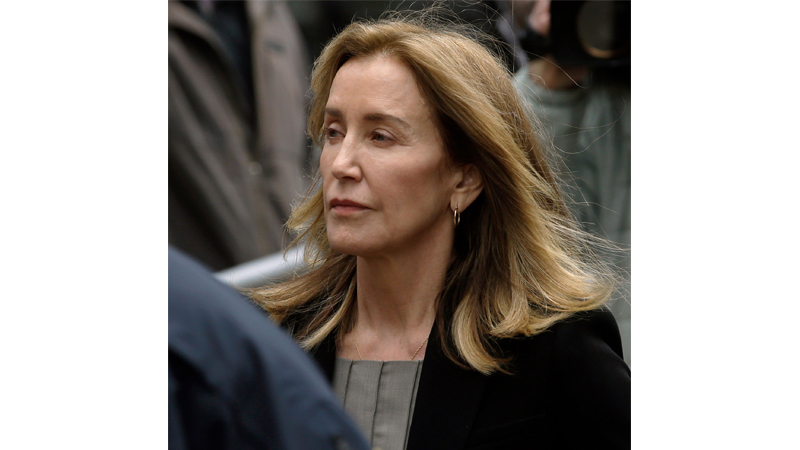 According to a court filing, the federal prosecutors in the college admission scandal have decided that Huffman’s actions were “deliberate and manifestly criminal.” In turn, they call for the Desperate Housewives star to serve one month in prison and pay a $20,000 fine, per her previous plea agreement.

In Huffman’s response to the filing, the actress asks the judge to instead allow her to serve a year of probation and community service. Included in her response are Letters in Aid of Testimony written by family and friends, including Eva Longoria and husband William H Macy. The aforementioned letters detail the reasons why the judge should agree to her team’s suggested sentence.

In April, it was revealed in the plea agreement obtained by E! News, that Felicity agreed to a plea deal that promised the US Attorney would recommend a prison sentence at the “low end” of the sentencing range, in addition to a “fine or other financial penalty.”

In Huffman’s response to the filing, the actress asks the judge to instead allow her to serve a year of probation and community service

At the time, Huffman shared that she is “in full acceptance of my guilt, and with deep regret and shame over” her involvement in the acceptance scheme. She stated, “I accept full responsibility for my actions and will accept the consequences that stem from those actions.”

Moreover, the actress apologized to her daughters and the other students that could’ve been negatively impacted by her decisions. “I am ashamed of the pain I have caused my daughter, my family, my friends, my colleagues and the educational community. I want to apologize to them and, especially, I want to apologize to the students who work hard every day to get into college, and to their parents who make tremendous sacrifices to support their children and do so honestly,” the 56-year-old said.

In the apology, Felicity, who is out on $250,000 bail, also stated that her daughter, who benefited from the crimes, “knew absolutely nothing.”

Huffman is just one of the 12 other parents that plead guilty to the bribery charges. Meanwhile, Lori Loughlin and husband Mossimo Giannulli plead not guilty and are facing 40 years in prison.