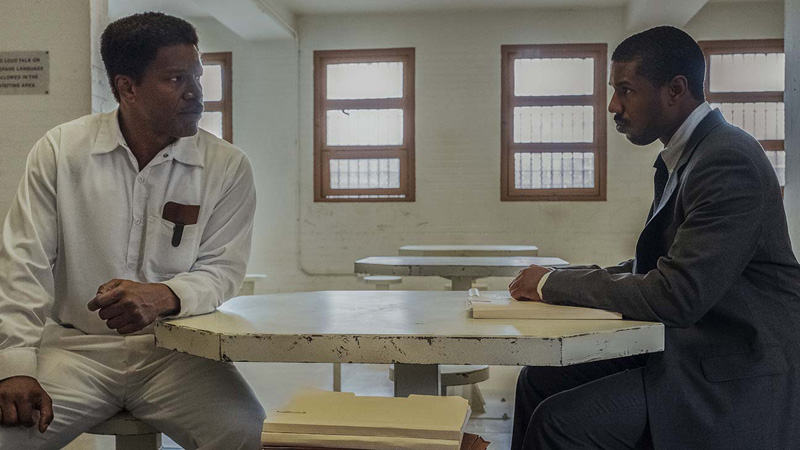 Actors Michael B Jordan, Jamie Foxx and Brie Larson star in the historical drama ‘Just Mercy’, which released its first trailer. The film arrives in theatres this December. Taking place in 1987 and based on a true story, ‘Just Mercy’ centres on the lawyer Bryan Stevenson as he heads to Alabama to defend black inmates on death row who were wrongly condemned or who were not afforded proper representation, with the support of local advocate Eva Ansley. The film will put particular focus on the case of Walter McMillian, who was sentenced to death for the murder of an 18-year-old girl, despite a preponderance of evidence proving his innocence. “In the years that follow, Bryan becomes embroiled in a labyrinth of legal and political manoeuvrings and overt and unabashed racism as he fights for Walter, and others like him, with the odds-and the system-stacked against them,” the film’s synopsis states.