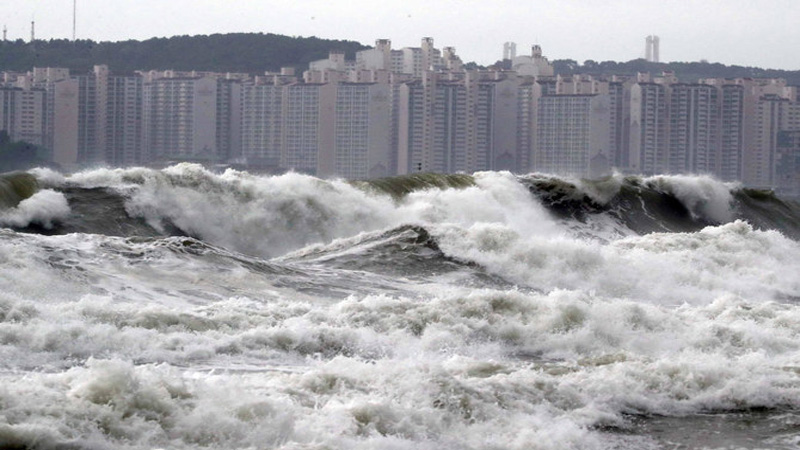 Typhoon winds toppled trees, grounded planes and left thousands of South Korean homes without electricity on Saturday as a powerful storm system brushed up against the Korean Peninsula.

Strong winds and rain from Typhoon Lingling caused power outages in some 17,000 homes on the southern resort island of Jeju and in southern mainland regions, South Korea’s Ministry of the Interior and Safety said.

It is expected to affect a broader part of the country as it passes off South Korea’s west coast later on Saturday before making landfall in North Korea in the evening.

The storm toppled trees and streetlamps and damaged traffic signs in Jeju overnight, caused airports to cancel 89 flights and forced 38 people to evacuate from their flooded homes in a city near Seoul. There were no immediate reports of injuries.

National parks were closed as were southern ports on the mainland and major cross-sea bridges. South Korea’s weather agency has warned of flooding, landslides and structure damage caused by strong rain and winds expected nationwide until early Sunday.

Kim called for his military to drive national efforts to minimize damage from the typhoon, which he said would be an “enormous struggle” that would require the entire country to step up, KCNA said.