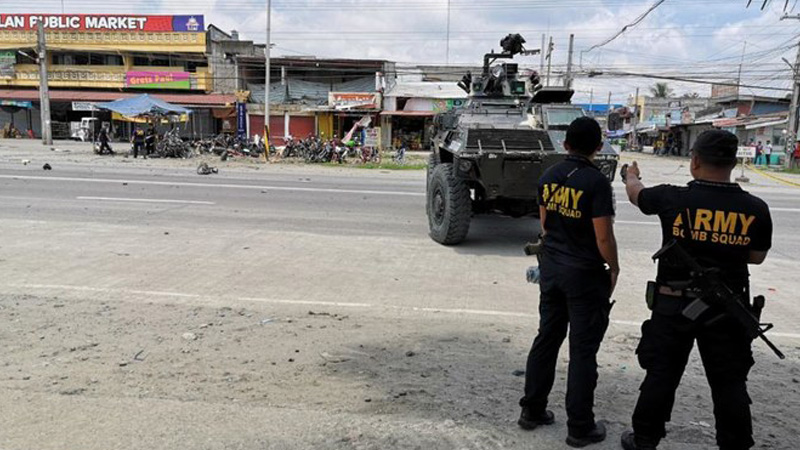 An explosion at a public market in the southern Philippines wounded at least seven people early on Saturday, the fourth blast in that area in 13 months, the military said. There was no immediate claim of responsibility for the blast, but a militant group operating in the mostly Christian city of Isulan in the province of Sultan Kudarat was among the suspects, military said. The latest blast comes at a time of heightened tensions in the volatile southern Philippines after three incidents in the past year authorities said were suicide bombings by militants linked to the Daesh. Video footage showed Saturday’s blast occurred in a parking space for motorcycles. A suspected improvised explosive device was placed beside a parked motorcycle, Major Arvin Encinas, a regional military spokesman, told reporters. In April, a bombing by suspected members of a pro-Daesh militant group injured at least 18 people in a restaurant in Sultan Kudarat in Mindanao region. Mindanao is troubled by banditry and armed rebellions that keep large parts of the region mired in poverty and instability. Islamist militants operate in the south of the predominantly Roman Catholic nation country and some are known to have links with groups abroad, including Al-Qaeda and Daesh.