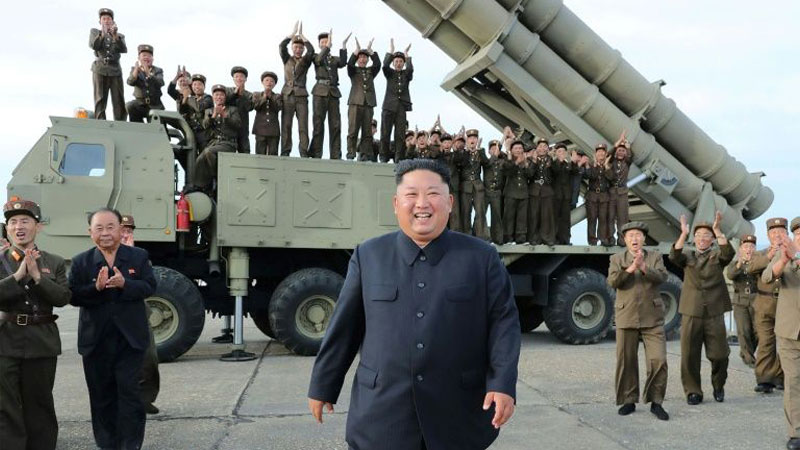 Pyongyang has named an army general with expertise in artillery as its new military commander, North Korean state media reported, in a move that an analyst said could signal plans for the development of new weapons.

Pak Jong Chon was appointed the “chief of the General Staff of the Korean People’s Army,” KCNA said late Friday (Sep 6), adding that the decision was announced during a meeting attended by leader Kim Jong Un.

Pak succeeds Ri Yong Gil, an expert on military operations who has served in the position on two separate occasions since 2013.

His promotion from head of the Korean People’s Army’s Artillery Command may suggest a new military focus on weapons development, said Ahn Chan-il, a North Korean defector and researcher in Seoul.

The North was particularly threatened by the South’s acquisition of cutting-edge American F-35 stealth fighter jets — known for their ability to evade radar detection — earlier this year, Ahn told AFP.

Pak accompanied Kim when he supervised the test-fire of what North Korea said were “new-type tactical guided missiles” in August.

Pak was also present when Kim oversaw the test of a “newly developed large-caliber multiple launch guided rocket system” in July, KCNA reported at the time.

South Korea has described the two launches as “short-range ballistic missiles,” which the North is barred from testing under UN resolutions.

Pyongyang had said the two launches — along with five other tests in July and August — were a warning to Washington and Seoul over their August joint military drills, which it has long considered rehearsals for invasion.

The launch that took place on August 6, in particular, verified the “war capacity” of the new-type missiles, KCNA said last month.

Pak’s promotion comes as working-level nuclear talks between Pyongyang and Washington remain gridlocked, despite an agreement in June between North Korean leader Kim Jong Un and US President Donald Trump to kickstart the process.

Pyongyang has not responded to US calls to come to the table and warned last week its expectations for an accord with Washington were “disappearing”.