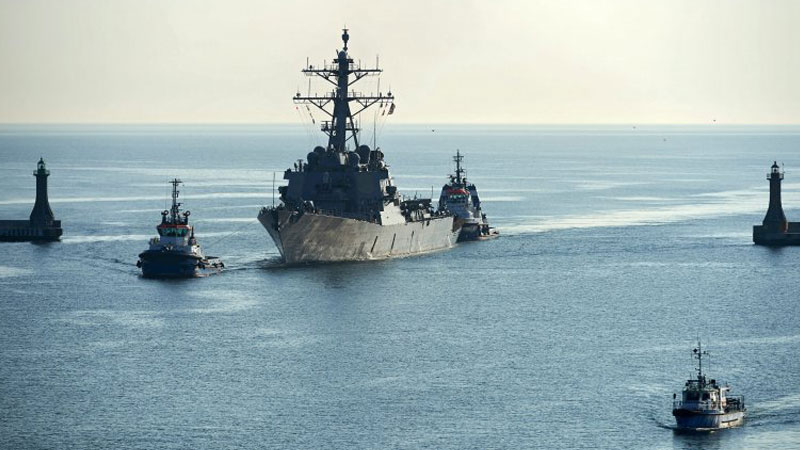 8th September, the Navy Day, reminds us of the courage and gallantry of the Men in Whites whose bold and brave undertakings took the enemy by surprise and smashed his misplaced perception of supremacy. On this day, the chivalry with which ‘Operation Somnath’ was undertaken will continue to be a source of inspiration and pride for us. It was a pinnacle of valour and initiative, where in Pakistan Navy Ships launched an assault on Western Indian shores and destroyed the Indian Radar Station at Dwarka. This handed Pakistan Navy huge psychological advantage right at the onset of war and kept the Indian Fleet from venturing into the North Arabian Sea. IN Ships dreaded the lonely prowler in the war theater, Pakistan Navy Submarine Ghazi, which reigned supreme at sea.

Navy Day is commemorated in Pakistan Navy to pay homage to our heroes of 1965 War and to revive the same spirit of fearlessness, sacrifice and selfless devotion. 8th September will remain a golden chapter in our naval history and continue to inspire our new generation of Officers and Sailors. It is a day to carry forward the legacy of self-belief, audacity and unflinching resolve to do the utmost to ensure a brighter tomorrow for our future generations.

Maritime arena today is facing numerous challenges including; piracy, illegal trafficking of arms and drugs, human smuggling and the menace of maritime terrorism. Pakistan Navy has always been at the forefront in ensuring safety and security of international waters either in collaboration with other Navies or through independent initiatives, such as Regional Maritime Security Patrols. Development of Gwadar Port and realization of CPEC would enable us to exploit the untapped Blue Economy with huge economic dividends, not only for Pakistan but also for the entire region. Pakistan Navy is committed to ensuring seaward security of this ‘Game Changer’ Project and to contribute to its successful fruition.

In the Post-Pulwama scenario, Pakistan Navy remained in a high state of readiness and maintained vigilance throughout the crises. This

was vindicated by the detection of latest Indian Navy Submarine which was forced to clear our waters and denied any opportunity to manifest its nefarious designs. Round the clock patrolling and surveillance by Pakistan Navy Units also kept Indian Navy Ships at bay. We owe it to Allah SWT’s special blessings that granted us with the strength and fortitude to strike fear in the hearts of our enemy.

As we commemorate the Navy Day, Officers and Men of Pakistan Navy express complete solidarity with their Kashmiri brethren at this critical juncture. Indian attempt to annex Jammu & Kashmir and enforce fascist control over IoK has serious implications on the security of the entire region and the world at large. Pakistan will continue to support their just struggle till the resolution of Kashmir issue in accordance with the UNSC Resolutions. We remain committed and ready to go to any extent for the liberation of our Kashmiri brothers and sisters from the yoke of illegal Indian occupation.

Today, all the Officers and CPOs/ Sailors of Pakistan Navy, reiterate their resolve and commitment to relive the spirit of 8th September 1965 and pledge to defend our motherland, to the last man and last drop of blood.

May Allah (SWT) be our Protector and Guide.