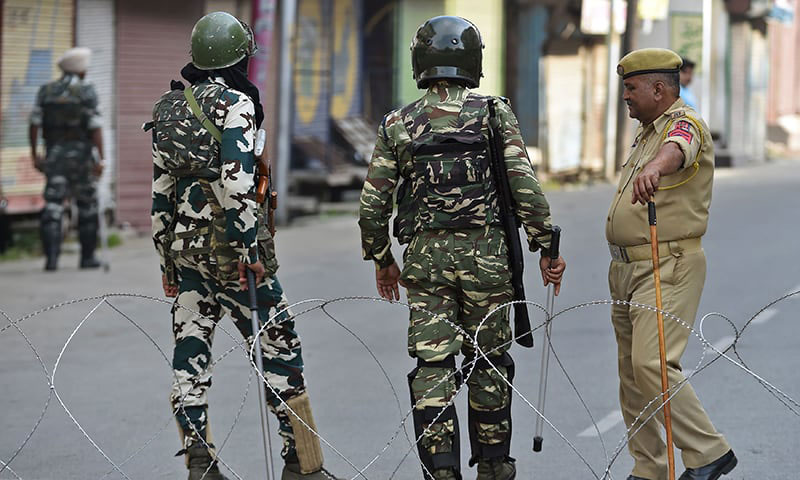 India’s government is muzzling media in Indian-held Kashmir (IHK) as part of the lockdown it imposed on the region a month ago, according to a new report by two rights networks. The study comes after New Delhi revoked Kashmir’s special autonomy on August 5 and sent in tens of thousands of extra troops to reinforce the half a million that were already posted there. Published earlier this week, the study said reporters were being subjected to surveillance, informal investigations and harassment for publishing reports considered adverse to the government or security forces. Titled “News Behind The Barbed Wire”, its findings reveal “a grim and despairing picture of the media in occupied Kashmir, fighting for survival against the most incredible of odds”. It also highlighted that recent editorials in major papers published in IHK covered only harmless topics, such as the benefits of Vitamin A and “Should you consume caffeine during summer?”