Phone service restored in IHK but calls not going through 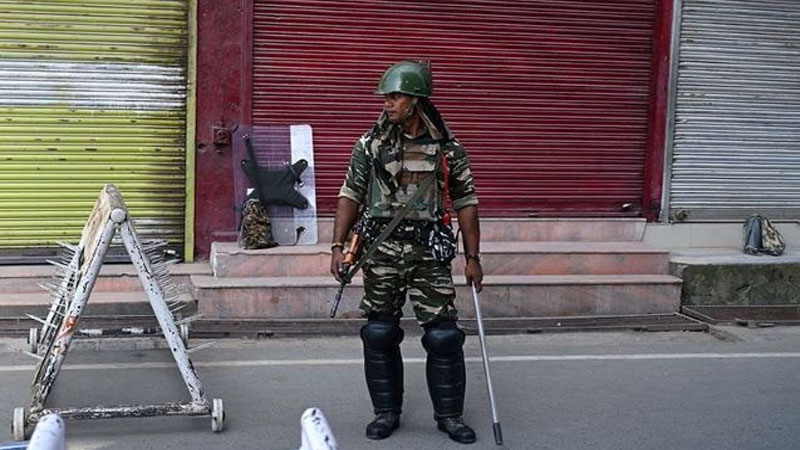 The Indian government said landline telephone service had been restored a month into a near-total communications blackout and security lockdown was imposed as India’s Hindu nationalist-led government stripped Kashmiris of the constitutional rights they had for seven decades through a rushed presidential order on August 5.

On Thursday, people lined up at offices or homes that have landline telephones to try to contact family and friends after the long wait, but many were unable to get through after repeated attempts.

“Our landlines have been restored but we are still unable to talk to people. It is frustrating. I have been trying to call people since morning, but I am not getting through,” said Syed Musahid in Srinagar.

Many Kashmiris living outside the region also said they were having trouble getting in touch with their families inside occupied Kashmir.

“I kept trying a hundred times to reach my family in Kashmir, and only then did my call go through,” said Bint-e-Ali, a Kashmiri in Bengaluru. She said she still hasn’t been able to talk to her ailing grandmother in Srinagar.

“I hope I live to tell this horrendous tale to our next generation about how India didn’t even let us talk to our family and friends,” she said.

The government said it suspended communications on August 5 to prevent rumours from spreading after Article 370 was revoked. The suspension has almost completely isolated Kashmir’s residents.

Srinagar resident Firdous Ahmad said the restoration of landline service “definitely brings a sigh of relief” but he also hoped cellphone and internet data services, which are more widely used, would be restored soon.

The Press Trust of India reported restrictions had been lifted on daytime movements in the disputed region. However, checkpoints remain in place.

Protests over India’s moves have occurred sporadically in occupied Kashmir and were quelled by security forces who fired pellets and tear gas.

Rashid has highlighted the atrocities committed by the Indian Army in Indian-held Kashmir since New Delhi imposed a military curfew in the valley in early August.

Rashid has been active on the social media as information creeps in from IHK about widespread human rights abuse, including torture of detainees, mass blinding and sexual violence against women.

Rashid claims that the Indian Army has been indiscriminately picking up men, raiding houses and torturing people in the occupied territory, reports India Today.

According to the political activist, these human rights abuses were being carried out to serve the agenda of the ruling Bharatiya Janata Party and Indian PM Narendra Modi.

The FIR against Rashid comes as India holds other Kashmiri leaders, including former chief ministers Omar Abdullah and Mehmooba Mufti, under house arrest. Srinagar Mayor Junaid Mattu is under detention too.

The #LetKashmirSpeak campaign aimed to highlight the human cost of the draconian communication blackout in occupied Kashmir that was termed as an outright assault on the civil liberties of the Kashmiri people by the Indian government.

In a press release, the rights group warned that depriving an entire population of their right to freedom of expression, opinion and movement for an indefinite period is akin to taking the region back to the dark ages.