Murad vows to resolve water and sanitation issues of Karachi 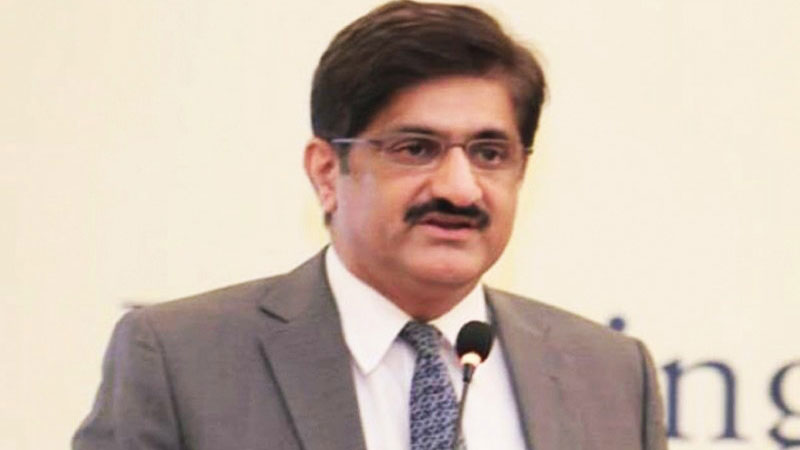 Sindh Chief Minister Syed Murad Ali Shah has said that he was committed to resolving water and sanitation issues of the metropolis by taking some drastic steps.

In order to provide additional water to Karachi, the Chief Minister is working with water board, P&D and other experts to materialize the proposal of construction of a canal from Gujjo to Pipri so that additional 200 MGD water could be provided to Karachi within next two years.

Giving guidelines, he directed the water board to assess its network, its condition and plan its expansion so that people of this city could start receiving water when additional 200 MGD water land here.

It may be noted that the against an allocation of 650 MGD Karachi is receiving 406 MGD, therefore the existing system is being planned to expand so that reaming 200 MGD water could be received by developing or improving the conveyance system.

Meanwhile, the Chief Minister directed Commissioner Karachi to assess the roads damaged by the recent heavy rains so that necessary planning could be made to repair them. He said that he was also planning to construct drainage along the roads where it has not been developed.

Murad Shah said that he has already directed local bodies and district administration to continue garbage lifting and cleanliness work in the city during Moharram. Just after 10thMoharram an especial drive would be launched to lift garbage to clean the city clean.

He urged the residents and shopkeepers to cooperate with the civic agencies by throwing their trash in paper bags at designated place. This is unacceptable that everyone is throwing trash in open area and on the road, he said.

The Chief Minister has also directed Commissioner Karachi to conduct an inquiry through DC South how the hospital waste has directly discharged into the sea. He added that the hospital waste was dumped separately, but syringes and such other material has been seen splashed out by sea waves at the Clifton beach which was very serious.

He directed the commissioner to conduct an inquiry and then report him.

Anjum Minhas showed photographs, awards and certificates of his brother, Rashid Minhas Shaheed, to the Chief Minister and also shared his memories.