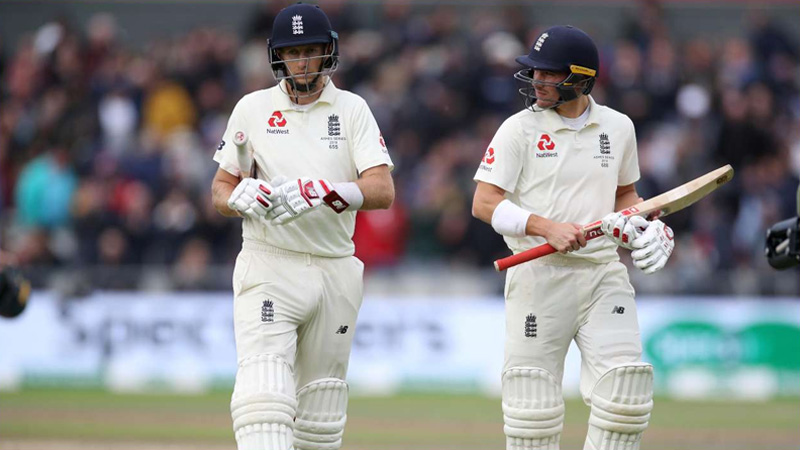 MANCHESTER: England made an encouraging start in their reply to Australia’s first innings total of 497 with Rory Burns and Joe Root putting on 100 for the third wicket as the hosts reached 125 for two at tea on the third day of the fourth Ashes Test on Friday. Heavy rain wiped out the entire morning session at Old Trafford, but play got under way at 1330 local time and England soon lost their nightwatchman Craig Overton. Overton, who had been called into service late on Thursday after the loss of opener Joe Denly, was caught by Steve Smith at second slip after edging Josh Hazlewood.

That brought skipper Joe Root to the crease and he and Burns batted calmly and efficiently as they put on a 100-run stand in the extended afternoon session. Burns brought up his third score of fifty or more in this series with an angled shot to third man off Mitchell Starc that went for four. England trail by 372 runs with the five-match series standing at 1-1. Victory for Australia would ensure their retain The Ashes ahead of the final Test at the Oval next week.