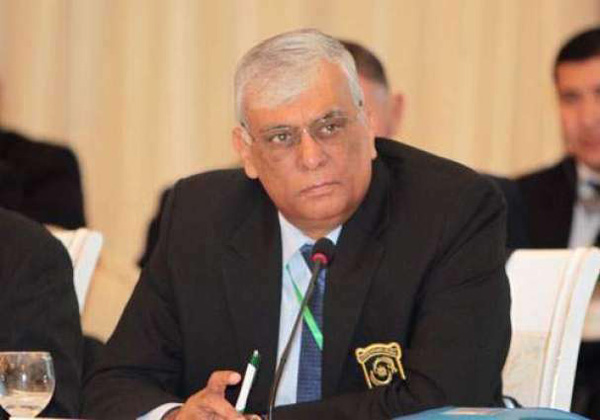 Lt Gen (r) Syed Arif Hasan, President of the Pakistan Olympic Association, has been elected as Member of the Sports Committee of Commonwealth Games Federation (CGF) for Asia. It is pertinent to mention that Arif is the first Pakistani to become part of the CGF’s management. “This CGF Sports Committee is entrusted with the tasks to act as an advisory body to the Executive Board on strategic and technical matters related to sport and partnerships with International Federations which impact the Commonwealth Games and the broader Commonwealth Sport Movement,” said POA Secretary General Muhammad Khalid Mahmood in a statement on Friday. Earlier this year, Arif was also unanimously elected as Vice President (South Asian Zone) of the Olympic Council of Asia for the successive fourth time. The CGF has been working to bring organisational changes, under Dame Louise Martin DBE, to deliver inspirational and innovative Commonwealth Games, built on friendships and to develop a proud heritage, supported by a dynamic Commonwealth Sports Cities Network. The aim of the CGF is to foster friendship and a legacy for the Commonwealth athletes and countries.

Arif has been vigorously working for employing the Olympic values of peace through sports, gender equality and environmental protection. And his efforts to protect the autonomy of sports in Pakistan have been widely acknowledged. He believes firmly that the Olympic values education programme and sports are the prime tools to develop harmony and peace in the world and therefore the POA is implementing the IOC Agenda 2020 steadily. The most significant of the POA programsmes, supported and funded by the IOC Olympic Solidarity, have already started delivering results as the first individual qualification of a Pakistani shooter Khalil Akhtar for the Tokyo Olympic Games 2020. On the other hand, the representation of women in the POA Executive Committee and General Council has increased and the National Olympic Pakistan is steadily implementing good governance, clean athlete and environmental measures across Pakistan in accordance with the IOC Olympic Agenda 2020. These measures adopted by the POA under the leadership of Arif have placed Pakistan at a distinctive position among the global sports community and will benefit Pakistan’s national sports culture.