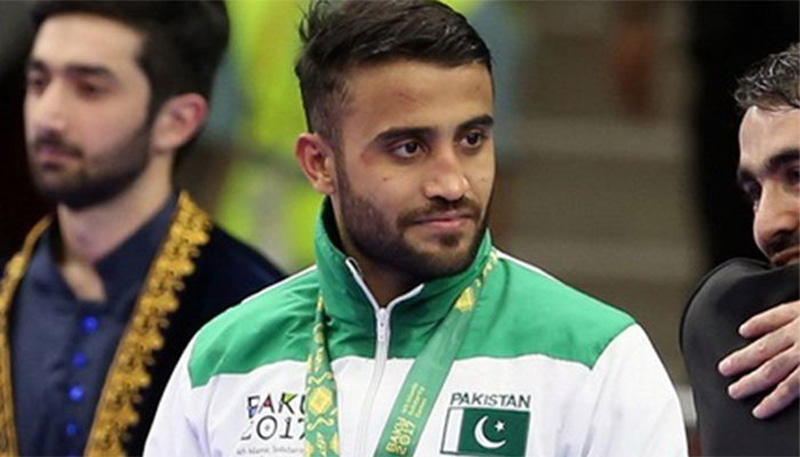 Karachi: Pakistan’s top karate star Saadi Abbas has secured at least 140 ranking points to improve his Olympic Rankings after winning fights against Croatian and Turkish opponents, before losing the third to American Karateka in the Tokyo Open. Abbas, 31, is contesting in -75 weight category and aiming to qualify for the next year’s Olympics in Tokyo. Currently ranked 18th in the Olympic Rankings, Saadi downed Croatian opponent Garibovic Enes 1-0 while in 2nd round Saadi downed Turkey’s Bulut Enes 4-0. However, in the third round of Tokyo Open Karate-1 Premier League, Saadi was facing 6th-ranked Scott Thomas of United States of America, where he went down fighting 3-2 after an initial 2-0 lead in the fight. Saadi told media from Tokyo that it was a tough contest and the fight has ensured ranking points for him. When asked about the points, Saadi expressed confidence that the performance will earn him at least 140 points. “It should be between 140 to 180 points,” he said, adding that it will also improve his Olympic Qualifying Ranking. “I won 2 matches 1 against Croatia 1-0, 2nd match against Turkey 4-0 and then lost against USA’s Olympic Ranking 6th, it was a very though match and I was leading 2-0 but at the last moment I received a kick which got him 3 points and I lost 3-2,” he said.