Sikandar Raza out of Zimbabwe T20 squad over disciplinary issues 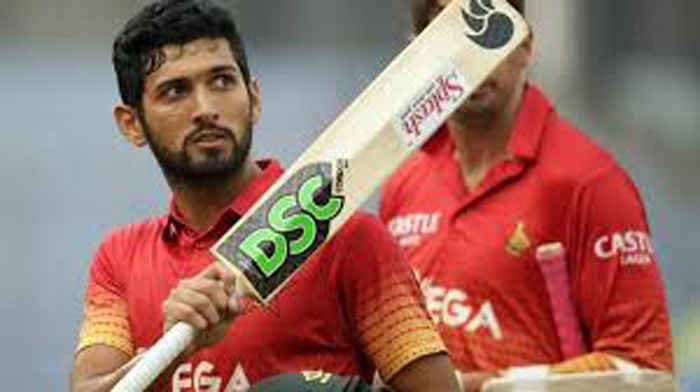 Zimbabwe will contest the T20 tri-series in Bangladesh later this month minus their experienced allrounder, Sikandar Raza. While announcing a 15-man squad for the series that also includes Afghanistan, Zimbabwe Cricket said “the selectors have opted to leave out Sikandar Raza over pending disciplinary issues raised by the captain”. “It is important that we support our captain, whether it is [Hamilton] Masakadza or anyone else, by creating an environment in which we can be confident he will have the full support of all players, with everyone pulling in the same direction and able to trust each other. It is for those reasons that we have decided to leave Raza out,” convener of selectors, Walter Chawaguta, said.

It would appear that Raza’s absence comes as a result of the divisions which arose during the spat between Zimbabwe Cricket and the Sports and Recreation Commission earlier this year. Masakadza hinted at a dressing room rift in a letter to Sports Minister Kirsty Coventry in July. The series will be Masakadza’s last; aged 36, he will be retiring from international cricket at the end of the series, which runs from September 13 to 24. Zimbabwe, who are currently banned from ICC events due to governance issues, will not play the 2020 T20 World Cup. So, the ZC release said, the focus will be building for the future rather than “simply winning a couple of matches in the T20 international triangular series”. The squad includes two players uncapped in T20Is in left-arm spinner Ainsley Ndlovu and allrounder Tony Munyonga. Coach Lalchand Rajput said: “We are now shifting our focus to rebuilding a new team and to do that we must gradually blood in younger players and create a new culture that encourages unity, hard work, professionalism and excellence. “We will not make wholesale changes, as we definitely still need some of the experienced players to help the new generation find their feet in international cricket. That is why we have a good mix of youth and experience in the team that has been selected for the Bangladesh tour.”

Following the Bangladesh tri-series, Zimbabwe will head to Singapore for another T20 tri-series, against the hosts and Nepal, and ZC named a squad for that tournament as well. ZC’s release said: “A much younger side that is more reflective of the new direction that Zimbabwe is taking has been picked for the Singapore triangular series.” Allrounder Sean Williams will captain that side.