Girl by Edna O’Brien is a masterclass of storytelling

* Everything that O'Brien does memorably throughout her novels, she does here 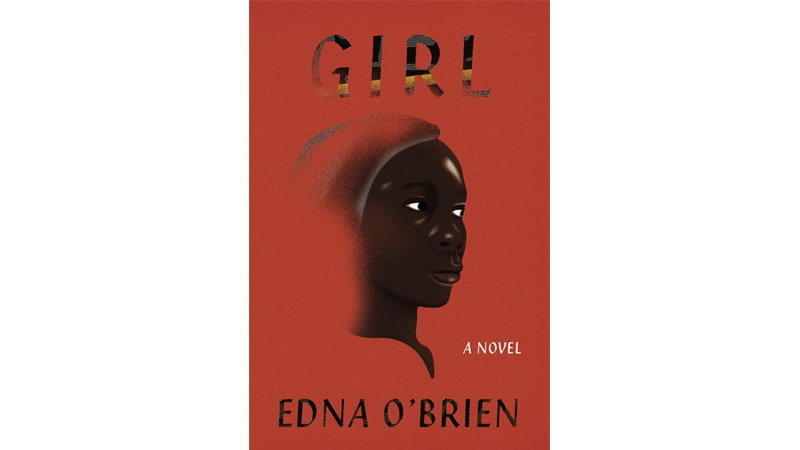 A girls’ dormitory. Men burst in, claiming to be soldiers come to protect the sleepers from a local insurrection. But they are not. They are militants in disguise, on the hunt for boys to pressgang, supplies to plunder. Finding neither, they decide that “Girls will do”, and they abduct them. So begins Edna O’Brien’s terrifying, lurching novel, a story set in an unnamed but recognisable Nigeria terrorised by the thugs of Boko Haram; a story that keeps faith with the novelist’s determination to cross continents and cultures to describe the pain and suffering of women and girls, and which also profoundly echoes her work of nearly six decades ago, the Country Girls trilogy.

Everything that O’Brien does memorably throughout her novels, she does here. There is the blend of economy and lyricism, vignettes tumbling over one another to disorient and energise the reader. There is the intense focus on the emotional lives of women on the sharp end of mental and physical incarceration or constraint, broadening out to sketch in the patriarchal and theocratic structures that hold them there. And there is the constant presence of bodily sensation and distress.

Fewer than 50 pages into this compact book, before it turns itself inside out to become a kind of gruesome picaresque, the kidnapped girls are commanded to assemble at the mosque in the grim, muddy compound to which they have been taken; they are to witness a great spectacle. It is the stoning of the chief emir’s wife, accused of adultery, whom Girl’s narrator has previously glimpsed trying on looted jewellery, a servant holding a mirror before her so that she can admire herself.

O’Brien’s account of her death lasts barely more than a page, from the moment that she is measured so that the rod that secures her into a pit fits exactly, to the moment of her death. The description is a masterclass of precision and mercilessness: the woman looks out “at the miserable surroundings, the men, maybe even her husband, lesser commanders, wives, concubines and menials, almost abstractly”; finally, her skin shredded from her head, her eyes “shut tight in a clench” and then open, “to a knowing, aghast goggle, before the neck hung off, heavy and harmless”. Even the stones used to kill her assume responsibility, “accomplices of the act”, piled on to a wheelbarrow for when they are next needed. Coming to the end of the passage, I felt that I had simply not understood what a stoning was before I had read it.

From the book’s opening pages (“I was a girl once, but not any more …”), we know that the narrator – her name, Maryam, is used but a couple of times – has given birth, and that she and her daughter have somehow escaped, unaware now of place and time. We learn that she did indeed manage to break out of the compound, where she had been raped many times and then forced into marriage and motherhood, and that her subsequent journey has been fraught with danger, loss and reversals of fortune.

During some of this time, she is accompanied by another girl, Buki; their relationship – one taking the lead, the other trepidatious and confused, both fumbling to attain a sense of self and to survive – is reminiscent of that of Cait and Baba in The Country Girls. Adolescents on the brink of womanhood, O’Brien suggests, share similar terrain whether they are in Nigeria or County Clare.

That connectedness – the sense that women will be marked out for control and punishment wherever they are and in whatever circumstances or historical context – only increases when Maryam and her daughter, Babby, are finally reunited with her family. She is suddenly both a hero, feted by the country’s president at a homecoming party that turns into a jingoistic, paternalist rally, and, as an unmarried mother, a source of shame. The trauma of her abduction has wrecked her family, and their bad luck has somehow accrued to her; she must be contained, her threat must be neutralised, her voice quietened.

Fewer than 50 pages into this compact book, before it turns itself inside out to become a kind of gruesome picaresque, the kidnapped girls are commanded to assemble at the mosque in the grim, muddy compound to which they have been taken; they are to witness a great spectacle. It is the stoning of the chief emir’s wife, accused of adultery, whom Girl’s narrator has previously glimpsed trying on looted jewellery, a servant holding a mirror before her so that she can admire herself

This, then, is O’Brien’s abiding subject, the arena in which she feels most compelled to shape stories. Her narrative mode is that of the dream, or nightmare, punctuated by the debasements of everyday life; her principal characters sent scurrying from frying pan to fire. But her targets lie just beyond the edges of the action, manoeuvring and manipulating their power in order to reinforce and extend it.

Towards the end of Girl, the narrator begins to lose her reason, her language breaking down until she feels that she is a conduit for her captors, who call her a leper and a blasphemer; later still, words break up on the page, spilling letters down its length. It is a moot point whether the unyielding forces in Maryam’s life – the jihadists, the state, her family, the church – will recede enough for her to begin to piece language together again.

At 88, O’Brien appears to be more unafraid of experiment and risk than ever. It is a risk, clearly, to write the stories of a nation and a people far from your own, particularly when the contours follow those of a real-life abduction, those of the Chibok schoolgirls in 2014. Her afterword details the research trips she undertook in order to inform herself, although not as sensationally as newspaper reports earlier this year that explained how she stuffed cash into her underwear to carry with her

Were she simply to be claiming a right to write about what she wanted, she might well run into trouble. But there is an urgency in this novel, as in others preceding it, that indicates her subject matter is not a matter of writerly vanity – a wish to display versatility and range – so much as one of compulsion and duty. By the end of Girl, the reader feels assaulted by the horrors contained within it, but that, in a sense, is easy; the more important question is whether one can feel one’s empathy and understanding to have been enlarged. Here, once again, O’Brien pulls off that enormously difficult conjuring trick.