* With annual consumption estimated to be more than 800 million sausages, currywurst stands are ubiquitous in the German capital 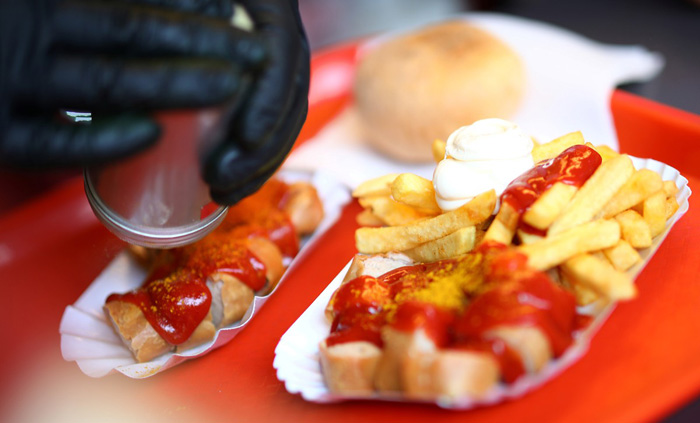 Germans celebrated on Wednesday 70 years of the currywurst, a Berlin speciality of sliced sausage smothered in curry powder and ketchup, as they celebrated its national day.

Of all Germany’s 1,500 varieties of sausage, the currywurst is one of the most distinctive, often served on a paper plate with chips.

With annual consumption estimated to be more than 800 million sausages, currywurst stands are ubiquitous in the German capital and the dish counts former German chancellor Gerhard Schroeder among its biggest fans.

The key to success was a top quality sausage, he said.

“We also put beef into our sausages and we have fresh deliveries every day. Then of course we have our home-made hot sauce, or curry ketchup, and the whole thing is a flavour firework,” said Bier.

The currywurst took off soon after the end of World War Two when food was scarce and Berliners were working hard to rebuild the devastated capital.

A plaque commemorating the spot where the delicacy was allegedly invented by Herta Heuwer in West Berlin in 1949 says: “Her idea is a tradition and an eternal pleasure!”

With a handful of rival claims, the origin of the dish is not undisputed and the currywurst is just as popular in the formerly Communist east of the city. 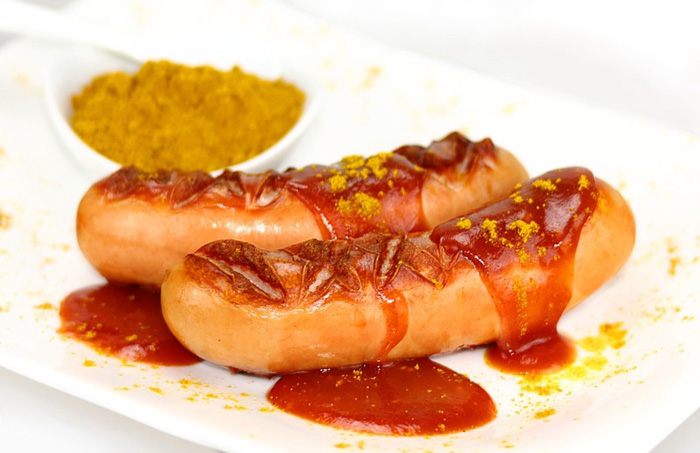 The owner of the Konnopke stand in the east of the city, said nothing fundamental had changed in the recipe in the last few decades.

“Of course the seasonings in (the former Communist) east those flavours aren’t available anymore. Today we have to buy other seasonings,” said Dagmar Konnopke, daughter of long-time owner Waltraud Ziervogel.

“But the basic ingredients we use to refine the taste of our ketchup have stayed the same for decades,” she added.

“It’s absolutely fantastic. The currywurst here is a killer. I could eat it every day,” said Marco Mueller, munching on his saucy sausage.

Konnopke is happy that, seven decades on, demand is still high.

“I think it will remain a popular product in the future, that’s for sure. Lots of generations know it from their childhood, and they still like coming to us as adults, when they’re older,” she said.