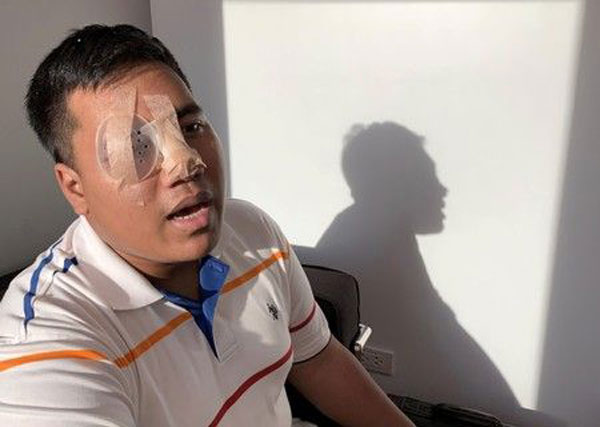 A new term is gaining ground in Thailand’s political vocabulary: “Chung-Chart”, which translates roughly as “nation-hater”.

The term is used by ardent supporters of the monarchy and military to label anyone they see as a threat in a kingdom where polarisation between the ruling establishment and Thais seeking change has become even sharper after the end of junta rule this year.

“Chung-Chart” is now a stock phrase for pro-government media and politicians as well as conservative nationalists waging an increasing battle against the opposition on social media and in the courts, illustrating the deepening political divide in the southeast Asian nation.

Although it echoes a global rise in nationalism from the United States to China to India to Europe, Thailand’s brand is rooted in royalty, the barracks and the “yellow” camp which for decades has been at odds with ousted prime minister Thaksin Shinawatra’s “red” supporters.

The term “Chung-Chart” was first popularised by Warong Dechgitvigrom, a senior figure in the Democrat Party, the old establishment party which floundered in the March election.

“I see this as liberalism that destroys traditions and the monarchy by claiming to be democratic,” Warong told Reuters. “We need to fight them through ideology. The New Right is a political ideology.”

The groups and individuals who say they are acting in the name of the palace and the army also say they get no direct support from those institutions. Government spokeswoman Narumon Pinyosinwat declined comment on the issue and said Thailand is a free country.

“The military is not behind any groups,” said defence ministry spokesman Kongcheep Tantravanich. “The military does not support anyone engaged in activism outside parliament.”

But the strident nationalists’ messages are very much aligned with those of Prime Minister Prayuth Chan-ocha, the former junta leader, and army chief Apirat Kongsompong, who has described Thailand as being in a “hybrid war” against enemies of tradition.

Parties backing Prayuth only just edged out an alliance uniting Future Forward with the main party linked to Thaksin.

“We have disrupted their equation, which has now made us a target,” said Future Forward spokeswoman Pannika Wanich, referring to the former junta figures and their supporters who held on to power.

“Beyond using legal mechanisms that the state possesses to undermine us, they are also trying to undermine our popularity and credibility on social media.”

The election aftermath has been characterised by increasing vitriol in parliament and on social media.

“The two sides are becoming more entrenched,” said Kasit Piromya, once seen as a firebrand leader of the establishment yellow shirts, but who quit the Democrat Party after its decision to back Prayuth. “I think the trains are colliding.”

Use of social media targeting youths was widely credited as helping Future Forward: The party has over 800,000 followers on Facebook compared to fewer than 142,000 for the pro-military Palang Pracharat party.

Although Future Forward’s own posts are focused on policy issues, supporters frequently mock Prayuth and other leaders with memes that paint them as out of touch.

“They want to destroy the Thai system and change it to the Marxist-Socialist system of the ‘Chung-Chart’ gang,” said “Top Secret Thai,” a Facebook page with almost 500,000 followers, referring to liberals.

Many in the new right accuse their opponents of seeking to end the monarchy – a position which would be illegal in Thailand and which opposition politicians have repeatedly denied.

For the right-wingers, social media can also be a source of ammunition for legal battles.

Songklod “Pukem” Chuenchoopol, 54, a retired army captain and founder of the right-wing “Thai Wisdom Guard” spends most of his day trawling for evidence to file a case under the strict computer crimes act or other laws. “This is psychological warfare,” said Songklod, describing a recent case he brought against over 100 people for sharing a post he deemed critical of the Constitutional Court.