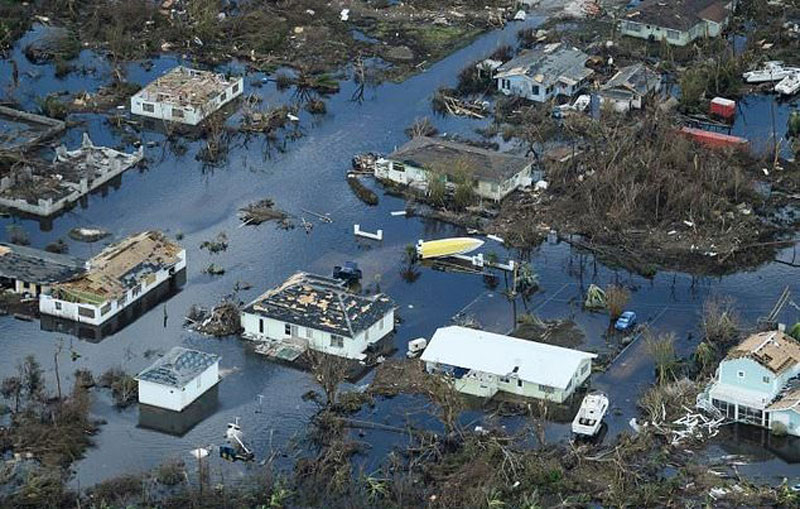 Democrats seeking to oust climate skeptic Donald Trump from the White House are placing the “existential threat” of a warming planet front and center for the 2020 presidential contests.

With a rampaging Hurricane Dorian not far from the minds of many Americans, 10 Democratic presidential hopefuls have unveiled detailed plans of action on climate change.

At a marathon televised forum Wednesday night, they highlighted the urgent need to move away from fossil fuels toward net-zero carbon emissions by 2050 at the latest.

Doing so, they admitted, will require a radical overhaul of the US economy.

But they also broadly condemned the president for pulling the United States out of the Paris climate accord and for questioning the human role in climate change.

“We should be leading the world to a global energy transition and you have a president who thinks it’s not real,” he added. “That is idiotic.”

Though not a debate on climate change as activists had sought, the town halls helped frame the party’s commitment to the environment, which has emerged as a critical issue in the 2020 races for the Democratic presidential nomination.

Voters heard a series of proposals and declarations from the likes of frontrunner Joe Biden — “I think the Green New Deal deserves an enormous amount of credit for bringing this to a head” — and entrepreneur-turned-candidate Andrew Yang, who soothingly assured that “we are all going to love driving our electric cars.”

The commonalities were many. All claimed a moral imperative for acting now, and supported rejoining the Paris accord and adhering to the UN-established goal of preventing global warming beyond 1.5 degrees Celsius.

They called for swiftly shifting to carbon-neutral vehicles and putting a price on carbon emissions as a way to rein in American polluters.

And they all wanted to spend money — mostly totalling trillions of dollars — on programs like research and development to improve energy storage, building modern electricity grids, making American homes and buildings more efficient, and retraining millions of workers.

Sanders’s plan would cost $16.3 trillion in public investment and create as many as 20 million jobs, while Biden’s “clean energy revolution” would run about $5 trillion.