Historical decision: to construct the barrage to stop sea intrusion

The federal government has announced an ambitious 125 rupees billion barrage project on the River Indus. With support from the provincial government to address environmental issues of sea intrusion and land degradation, a barrage will be built forty-five kilometres from the sea in the south of Thatta and east of Karachi. 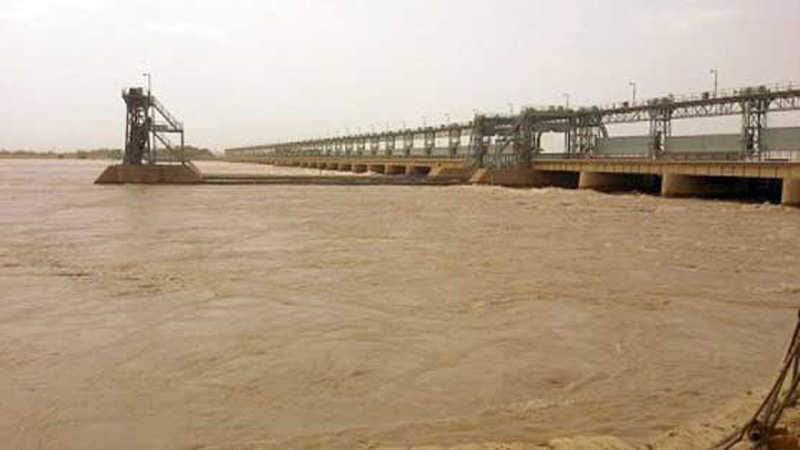 The unusual consensus between the ruling PTI at the centre and the PPP in Sindh was reached at a meeting presided over by Chief Minister Syed Murad Ali Shah at the Chief Minister House in the last week of August 2019. It was attended by a federal government delegation led by Minister for Water Resources Faisal Vawda, and senior officials from both sides.

The Indus Delta is a unique coastal system where the sea and the river meet; the soil is very fertile due to accumulation of silt from the river for thousands of years. But after the diversion of the upstream water, the amount of silt has become less, bringing up various threats to the delta. The delta includes seventeen major creeks, including the Gizri Creek and Sir Creek.

Due to the diversion, now there is less fresh water flow in the delta, and there is intrusion of the sea. It is a man-made disaster. The rise in sea level is due to climate change, which is again man-made if it is thoroughly analysed. The land is losing its fertility because of sea intrusion. The fall in the level of groundwater has hurt agriculture. Farmers used to grow red rice there, which is no longer possible. That has happened because of the non-availability of freshwater.

In 2016, Senator Dr Karim Khawaja raised this issue in the Senate;a sub-committee was formed, and he was made the convener. The subcommittee made the recommendation to conduct a long-term scientific study by stakeholders to address this serious national issue. It was done so that preventive measures to mitigate the crisis could be taken.

Chief Minister Murad Ali Shah said in the meeting that due to non-availability of water at downstream Kotri, sea intrusion has destroyed hundreds of villages in Thatta and Sujawal districts. It has also badly affected the delta, and as a result, life in wetland habitats and mangroves has not only come to a standstill but has vanished to a large extent in some areas. Hundreds of families have migrated in search of livelihood somewhere else.

Federal Minister for Water Faisal Vawda and Chairman WAPDA Lt Gen (retd) Mohammad Hussain giving a briefing to the chief minister and said that the Indus River was the largest river, and lifeline of Pakistan.

There is a plan to construct the twelve-meter high Sindh Barrage on the River Indus, at the distance of forty-five kilometres from the sea. Dikes on either bank in the flood plain will be four-to-nine meters high. The reservoir in the flood plain from the barrage will be one hundred and sixty kilometres upstream. Two canals on each side for irrigation and drinking water in the coastal area will be made.

There is going to be displacement of various villages, and therefore, a plan for their rehabilitation or resettlement may also be included in the project. It was suggested that the people who have already lost their lands in sea intrusion should be compensated through the barrage project and the land to be reclaimed from the sea after the construction of the barrage.

There was a proposal for construction of a delta channel at Buhari to dispose seawater at Buhari Channel in 1970 but it could not be implemented. A suggestion has been made before WAPDA to construct the delta channel along with the project. It is suggested that a coastal highway be constructed to further stop sea intrusion in the area. Federal and provincial governments have agreed to constitute a committee comprising experts of WAPDA and the Sindh government to keep discussing the concept, design and other relevant issues of the barrage to make it one of the best projects in the country.

The chief minister said that there is a dire need to regulate the available flow of the downstream Kotri to provide drinking water, for arrangement of irrigation supplies, to reduce sea intrusion, flood evacuation, sweat groundwater and to improve the ecology of the river. He directed the irrigation minister to establish close coordination with the WAPDA chairman and form a committee to carry out work for the proposed barrage.

In my opinion, this decision will be historical, and poor people will be happy about the survival of their next generations.