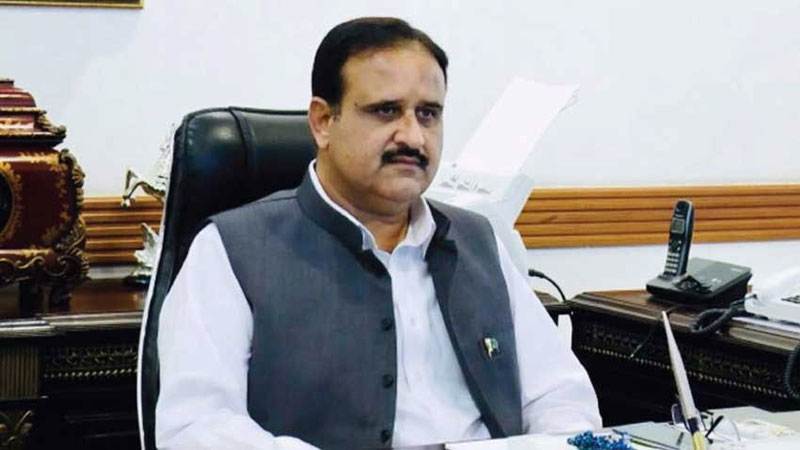 Punjab Chief Minister Sardar Usman Buzdar has expressed his strong displeasure over an increase in the number of dengue patients in Rawalpindi and Lahore.

He reprimanded the administrative officers for failing to implement instructions issued for the eradication of dengue disease during a high-level meeting which held at his office here on Thursday. He inquired why the dengue disease is not controlled despite issuance of SOPs. “Every year, anti-dengue measures are adopted but why negligence has been shown now? An inquiry would be held where delay and negligence is shown,” he added. The chief minister directed the chief secretary to identify responsible persons through an investigation adding that action will be initiated against them in light of the inquiry report. It is regrettable that administrative officers did not take required steps in time, he added. ‘All is good’ mantra would not work. It is intolerable that officers are sitting in their offices while the people are becoming victim to dengue. An alarming situation has arisen in Rawalpindi due to dengue disease.

The Chief Minister directed to take steps on an emergent basis in Rawalpindi to overcome dengue adding that close coordination should be maintained with the Islamabad administration as well. He said that government directions were not fully implemented and directed the officials showing negligence should be pin-pointed and they would not be let off. We are to perform and only those will stay who would show performance, he said. Those failing to perform would not be part of our team. This style would not be tolerated anymore and the administration should fully realize it, he warned. Dengue disease should not spread as resources are available and the anti-dengue campaign has been misreported. It is regrettable that officers and officials continue to sit in their offices and avoid going to the field. Is there any work which cannot be performed, he inquired.

The chief minister was briefed that dengue spread in Rawalpindi due to misreporting of the concerned officials. How it is possible a patient succumbs to dengue and dengue larvae is not founded in that specific locality? Only seven out of 114 big hospitals in Lahore are submitting reports about dengue patients. Graveyards and tire shops are dengue hotspots which are needed to be monitored every week. Delay is noted in case response in Rawalpindi. Provincial ministers Dr. Yasmeen Rashid, Hashim Jawan Bakhth, Yasir Humayun, Saeed-ul-Hassan Shah, chief secretary, Chairman CMIT, secretaries, Commissioner Lahore and others attended the meeting while ACS, Commissioners, DCs and CEOs of DHA attended the meeting through video link.

10th Muharram: Chief Minister Usman Buzdar directed to take stringent measures on 10th Muharram adding that foolproof security arrangements should be ensured at every cost. Restriction of time and route for majalis and processions should be ensured and four-tier security cordon should be provided to the processions. He said that no compromise will be made on printing and publication of provocative material and action should be initiated in case of any violation. The chief minister directed to take strict action against those involved in provocative speeches and said that the code of conduct should be fully implemented. Violation of the ban on wall-chalking will not be tolerated, he added. Usman Buzdar said that we should remain fully vigilant in the wake of the prevailing border situation. Everyone will have to perform its duties diligently to foil the nefarious designs of the wicked enemy. The police officials engaged in Muharram duties should be provided food and tea well in time and there should be exemplary coordination between police, administration and other departments. He said that the monitoring system should be devised for the police officials and religious harmony should be promoted. Additional staff should be deputed at masajid, Imambargahs and other important places, he said. The law enforcement agencies should maintain close liaison and police officials should remain available at the place of duty till the culmination of processions.

This was stated in a meeting which held at the CMO under the chair of Chief Minister Usman Buzdar to review security arrangements on 10th Muharram. It was stated during the meeting that 2.32 lakh police officers and officials along with 1.38 lakh volunteers will be on duty in Punjab while 623 places have been declared sensitive. 9118 processions and 26 thousand majalis will be held in Punjab during Muharram. The IG Police briefed about the security arrangements. The chief minister was told that the enemy could try to disrupt the law and order situation to divert attention from the Occupied Kashmir imbroglio. However, every possible step was being taken in this regard. Digital monitoring cameras have been installed on the route of majalis and processions.

Tweet of CM: Chief Minister Usman Buzdar has tweeted that Punjab Medical Teaching Institutions Reforms Ordinance has been enforced in six medical universities in the first phase to improve the administrative matters of the hospitals adding that these reforms would help to improve the hospitals. Contrary to the rumours, hospitals and their staff would remain government employees and the government would continue to provide the budget for free treatment. The government would constitute the search committee to choose the best officials to run the hospitals and provincial policy board will be constituted, as well. He said that Punjab MTI Ordinance has been finalized after the homework of 12 months. In the initial drafts, some changes have been made in consultation with doctors and professionals and learning from the experiences of KP. Under this law, salaries of doctors will be increased and all facilities would be available to them after retirement.

Defence and Martyrs Day: Chief Minister Usman Buzdar has said that war of 6th September 1965 is a bright chapter of defense history of the country when armed forces gave a befitting reply to the enemy and wrote examples of bravery and courage. In his message, the chief minister paid tributes to the martyrs and said that the nation pays rich tributes to their immortal sacrifices. He also paid tributes to the Kashmiri martyrs who became victim to the barbarity of Indian army in Occupied Kashmir and said that we express complete solidarity with our oppressed Kashmiri brethren on this day. Kashmiris are leading their lives in pain and distress in Occupied Kashmir due to the prolonged curfew. The Kashmiris living in Occupied Kashmir are our brothers and sisters and every Pakistani is saddened over their sufferings. The oppressed Muslims of Occupied Kashmir will never be disappointed by Pakistan and India should realize that freedom of Kashmir is not far. The war of 1965 is a bright chapter in Pakistan’s history and the armed forces proved a solid rock wall against the enemy and foiled their designs. This passion for unity and harmony is again needed today and the whole nation, as well as the armed forces, is fully united to counter any threat to national security. Today, we should reiterate that every sacrifice will be made to defend the motherland, he added.