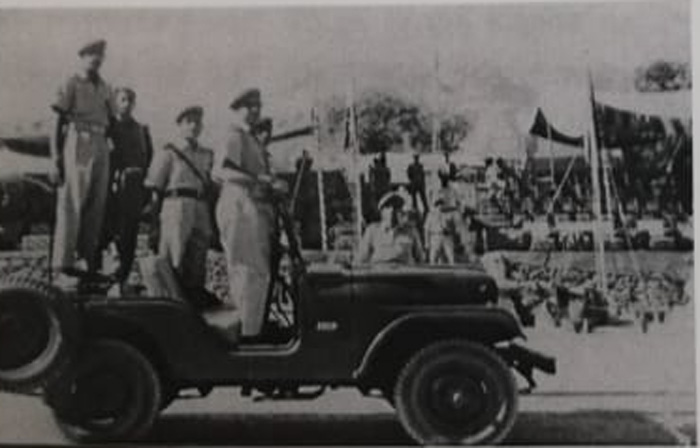 Mazboot Dils Battalion fought an offensive battle in 1965 War and displayed excellent performance in the defence of the motherland.

The unit was tasked to capture Patrara and Dewa, and Point 1505. After fierce fighting and strong resistance, the objectives assigned were captured. All soldiers fought well; however, Subedar Sharif was awarded SJ for his act of gallantry and selfless devotion to duty. One of the soldiers was awarded Imtiazi Sanad.

When enemy ports were captured, the area was littered with dead bodies of enemy soldiers. An Indian officer and three other ranks were captured. Besides, 21 other enemy soldiers and lot of arms and ammunition were also captured. One of the companies also captured two 25-pound guns. During the September 1965 War, the Indians were forced to leave certain posts and suffered heavy losses. During his visit to the area (Chamb), then Chief of Army Staff General Musa HT MBE congratulated the unit for its excellent performance. Maj Gen Agha Muhammad Yahya also congratulated the unit for its excellent performance during the war.

In a nutshell, the battalion captured 25 prisoners, heavy arms and ammunition and transport. While accomplishing the mission, the battalion suffered 26 casualties and 38 wounded. As a result of the unit’s performance, it was awarded with two Battle Honors (DEWA CHAMB 1965 and JAURIAN 1965), two Sitara-i-Jurat, three Imtiazi Sanads and a C-in-C Commendation Card.