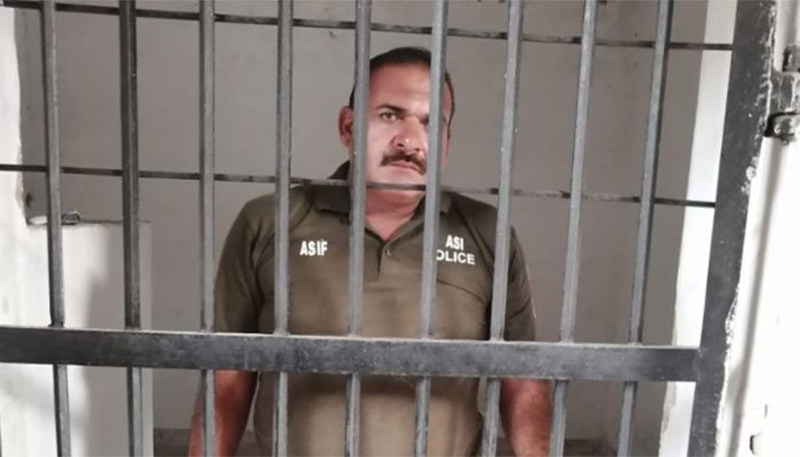 A police officer, who was seen misbehaving with an elderly woman in a video that went viral on the social media, was suspended on Wednesday. The video showed the police officer – identified as Assistant Sub-Inspector (ASI) Asif – misbehaving and arguing with an old woman, who had come to Inspector-General of Police (IGP) for Punjab, Arif Nawaz, to register her complaint. The police officer in question can be seen intimidating the old woman and throwing her stick away. IG Punjab Nawaz, thereafter, suspended the ASI Asif, who belongs to Punjab Constabulary. Punjab government spokesperson Dr Shahbaz Gill subsequently announced on social media that the police officer was arrested.