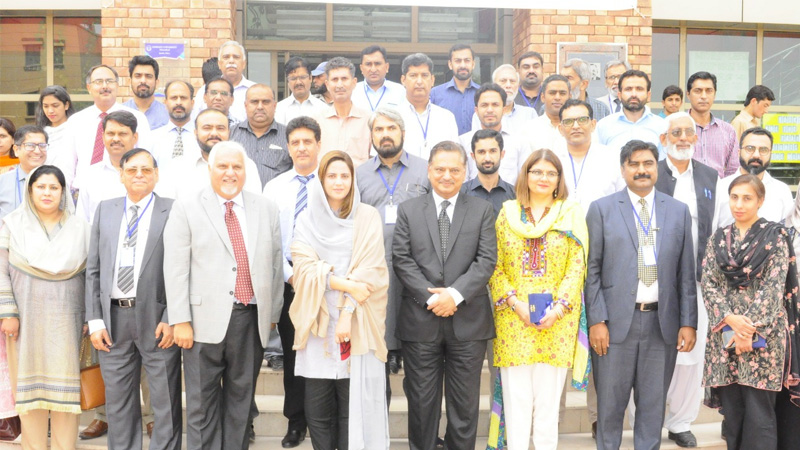 Grand architecture and open spaces need to be made a hallmark of educational institutions, which inspire creative thinking and create a healthy atmosphere for young minds, said Federal Minister for Climate Change Zartaj Gul while inaugurating the Urban Design Thinkers Conference being held at COMSATS University Islamabad.

She said that the CPEC projects are being carefully revaluated for benefit before any further action is initiated in order to preserve the natural heritage that may possibly be affected due to development activity.

Zartaj Gul said that the problems of urbanisation were augmented by encroachment, violations of city master plans. Most of the massive problems of waste management arose due to successive irresponsible local governments and have become an unmanageable menace, which can only be solved by better governance and planning of new cities. She called on young urban planners to share their innovative solution oriented plans with the government, which will be given due consideration in the revision of city master plans.

Prof Dr Raheel Qamar, Rector COMSATS University Islamabad said that the country needs to look into means of solving the housing crises according to the vision of Prime Minister Imran Khan in order to provide sufficient housing for all our citizens. He called for adopting sustainable life practices including limiting the use of plastics and adopting trees to reduce the stress on the environment as well as planning for achieving food security. Dr Qamar indicated that the Senate Sub-Committee on Climate Change had earlier started efforts to free the Federal Capital of the plastics and restore its eco-friendly environment. He said that the talk on Urban design thinking is a critical subject as the future of humanity lies in making sustainable cities.

Speakers highlighted the importance of modern urban design and called for developing new cities, towards the west of the Indus along with the development projects of the CPEC, in order to create opportunities for local populations and discourage migration to large urban centres. The conference will last three days and will cover a number of issues pertaining to city planning and modern architecture under the auspices of the CUI Faculty of Art, Design and Architecture.