Afghanistan down Pakistan by 85 runs in Group A match 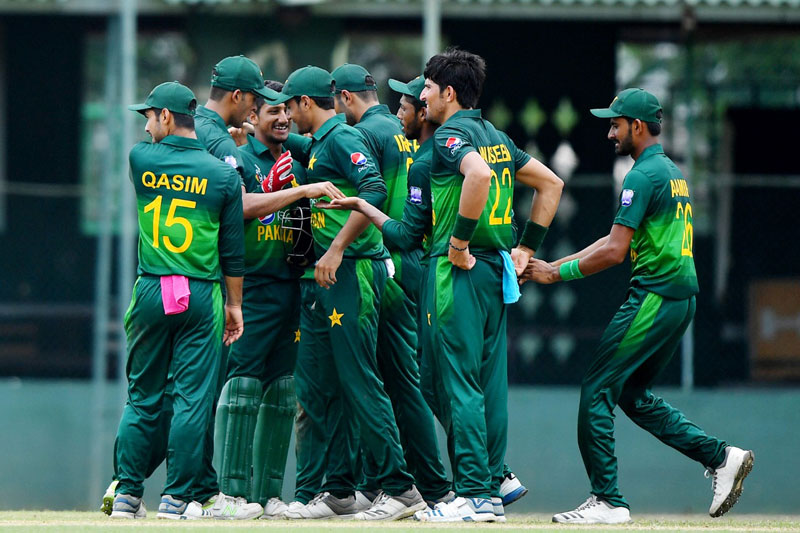 Afghanistan recorded an 85-run win over Pakistan in their opening Group A match of the ACC Under-19 Asia Cup 2019 played at the P Sara Stadium in Colombo on Thursday. Set a victory target of 164 (DLS method), Pakistan were bowled out for 78 runs in 19.4 overs. Pakistan got off to a poor start with the bat, losing their first five wickets for 48 runs inside 11 overs, they were eventually bowled out with 158 balls to spare in the 46-over match. Captain Rohail Nazir scored 16 runs while Mohammad Irfan Khan made 19 off 30 balls, Irfan was the top scorer of the innings. Shafiqullah Ghafari took three wickets for Afghanistan.

Batting first, Afghanistan were restricted to 162 for nine in their allotted 46 overs after Pakistan won the toss and opted to field first. The start was delayed due to rain and a wet outfield. Spinners Aamir Ali and Fahad Munir were the star performers with the ball for Pakistan. The duo equally shared six wickets, Aamir took three for 34 in his 10 overs while Fahad claimed three wickets for 23 runs in his miserly nine over spell.

Pacer Abbas Afridi took two wickets for 26 runs while fellow new-ball bowler Naseem Shah bowled a miserly nine over spell in which he conceded a mere 13 runs, taking one wicket in the process. Sediqullah Atal (29 off 42 balls, three fours and one six) and Rahmanullah (27 off 66 balls, two fours) were the only batsmen to reach twenties as Pakistan bowlers maintained a control of the proceedings after a 47-run opening stand between captain Farhan Zakhil (19) and Sediqullah.