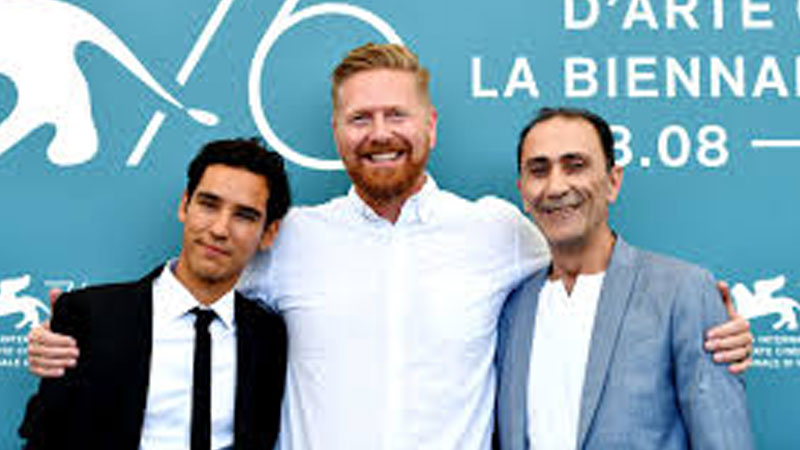 The makers of the world’s biggest blockbuster unveiled the first Hollywood action movie shot entirely in Arabic on Wednesday at the Venice Film Festival.

Every line in Mosul, based on the Iraqi police’s Nineveh SWAT team, whose members fought to take back their home city from the Islamic State, is in Iraqi dialect.

Its producers Joe and Anthony Russo – who made ‘Avengers – Endgame’ the biggest grossing film of all time – said they “did not hesitate for a second” about making the blistering epic of house-to-house battles in anything but its original language.

Joe Russo said he cried when he first read an account of the unit, made up of officers who had lost family to IS, in the New Yorker Magazine. “I’d never read a piece of journalism and cried at the end. The plight of this team and everyone in Mosul brought me to tears. That needed to be told as authentically as possible.

“There was no other way to make it,” he insisted.

With Hollywood frequently accused of demeaning and demonising Arabs, the producers said that they hoped the movie would become a turning point in the way Muslims were portrayed on the big screen.

It is also the first film to come out of the Russo Brother’s new studio, AGBO, and Joe Russo said “we couldn’t be prouder of it”.

Its Iraqi executive producer Mohamed Al Daradji said it may finally help put racist stereotypes to the sword. “I am very optimistic that this film can open the road for Hollywood to make more positive films about the Arab world and the Middle East.

“Unfortunately we have been portrayed in a bad way for a long time. I have suffered from that, we all have had experiences from it,” he told reporters. But in this film the heroes are “recognisably Iraqi, Arab and Muslim… speaking just like police in Mosul do… We never have had the chance to have an Arab story shown in this positive way. By the way, we are human beings like you”, he joked wryly.

Joe Russo said the fight for Iraq’s second city, which left much of it in ruins, has become a “symbol of modern warfare”.

Writer Matthew Michael Carnahan said his condition for directing the film was that it be shot in Arabic and he was flabbergasted when the Russos agreed straight away. Only four months after Mosul was finally retaken in December 2017, shooting started in secret in Morocco – for security reasons – with a mostly Iraqi cast.

“I’m embarrassed to admit, my country has been at war in Iraq since I was 17 and at high school. I never knew that a Nineveh SWAT team existed,” said Carnahan, who also wrote World War Z.

“They were fighting for their city, their families and sacrificing themselves for one another on a daily basis.

“They were fighting for the same things we all want: a safe city and a happy family. That, to me, cuts across all humanity regardless of the language you’re speaking or the god you worship.”

Anthony Russo said the brothers’ experience of the “global fandom for the Marvel movies” had convinced them of the pressing need to “find stories from every corner of the globe to bring to the rest of the world”.