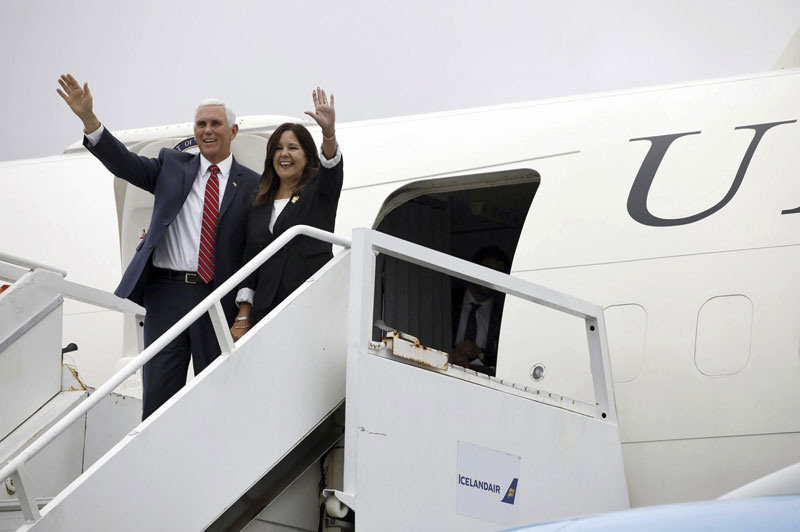 US Vice President Mike Pence’s arrival in Iceland with military jets and armed personnel set eyes popping Wednesday in a nation consistently ranked as the world’s most peaceful. The size and standards of the vice president’s security detail also required adjustments. The guards protecting Pence got back up from a police force that only allows elite “Viking SWAT” members carry guns. Icelandic authorities gave US personnel special permission to carry firearms. Bomb-sniffing dogs were cleared to enter the country because of a strict quarantine for imported animals. Pence is the first US vice president to visit Iceland, a country of just 350,000 people, since George H.W. Bush came to Reykjavik in 1983. The Reykjavik Metropolitan Police requested backup from police stations in neighboring towns and villages to meet US manpower standards. “This is incredibly expensive,” Police Chief Asgeir Asgeirsson told the Morgunbladid daily newspaper. But Helgi Hafsteinsson, an employee at a gas station in Keflavik, welcomed the heavy traffic caused by Pence’s visit. “It is great for business,” he said. Before Pence’s arrival, US Secret Service personnel spent weeks scouting locations. Icelandic President Gudni Th. Johannesson travels unaccompanied on private errands and is often spotted in a geothermal bath popular with locals.