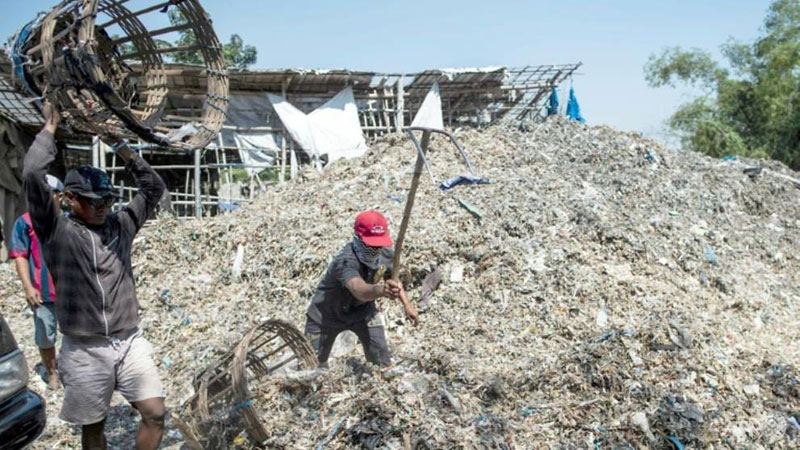 Mr Martinus lives in a village with clear blue skies and lush green surroundings. Unlike other parts of Indonesia, there is no air pollution.

Despite the natural beauty, the 53-year-old thinks life is tough in isolated Krayan, which borders the Malaysian states of Sabah and Sarawak.

“Life in Krayan is hard because there is no access to the outside world. There are no roads for us to get to another Indonesian city,” Mr Martinus, an employee at a national park, told CNA.

The only asphalt road in Krayan is the one leading to Malaysia, and most villagers cross over the border to get their daily needs.

Although North Kalimantan – a province carved out of East Kalimantan in 2013 – is blessed with an abundance of natural resources and at least nine oil and gas fields, it is still largely underdeveloped.

Houses in Krayan and neighbouring districts are mostly modest structures of wooden walls and zinc roofs. The residents only have limited electricity.

“We want to develop the area, but we are limited by financial constraints,” he said.

“Of course, we don’t want foreigners to think that Indonesia is like this. That’s why we hope the central government will pay us more attention,” he told CNA.

There is a popular saying in North Kalimantan that Garuda (Indonesia’s state symbol) is in the people’s heart, but Malaysia is in their stomach.

“It means even though they love Indonesia, they have to get their food from Malaysia,” governor Mr Irianto Lambrie said.

Mr Ordan from the district government said that Krayan urgently needs roads for better connectivity, which will boost the economy.

There are flights plying the route between Krayan and nearby Indonesian towns, but with tickets priced between US$32 and US$95, not everyone can afford to fly.

Among others, Krayan also needs a hospital, instead of just a health clinic with no specialists, Mr Ordan added.

“Many die before they arrive in Tarakan (the biggest city in North Kalimantan) for treatment,” he said.

On the education front, there are about 20 elementary schools and four secondary schools in the entire Krayan region, which has a population of about 12,000 people.

Most villagers leave for Java island to pursue their tertiary studies.

The central government has promised that the entire Krayan area will be connected through satellite networks so that every school and health clinic will have the Internet by 2023.

There are also plans to build roads, shops and a hospital.

For a start, the Information and Communication Ministry provided Internet services for a local high school in Krayan last Friday (Aug 30).

“Why is the focus on education? Because we don’t want to have educational disparity … as long as that student is in Indonesia, he or she should have equal access to education,” Information and Communication Minister Mr Rudiantara said at the event.

As part of the launch, a live conference session was set up for the students to learn English from a teacher in Jakarta.

Krisdayanti, 16, said she was happy with the new way to learn English.

Her classmate Denis Stefan, 17, was also overjoyed. “It’s something new, so it’s exciting,” he told CNA.

President Joko Widodo announced last week that the government would relocate the country’s capital from Jakarta on Java island to East Kalimantan.

The new capital would be located partly in Penajam Paser Utara regency and partly in Kutai Kartanegara regency.

The decision was made to enable the government to shift development to Kalimantan as well as to minimise the environmental problems currently faced by Jakarta.