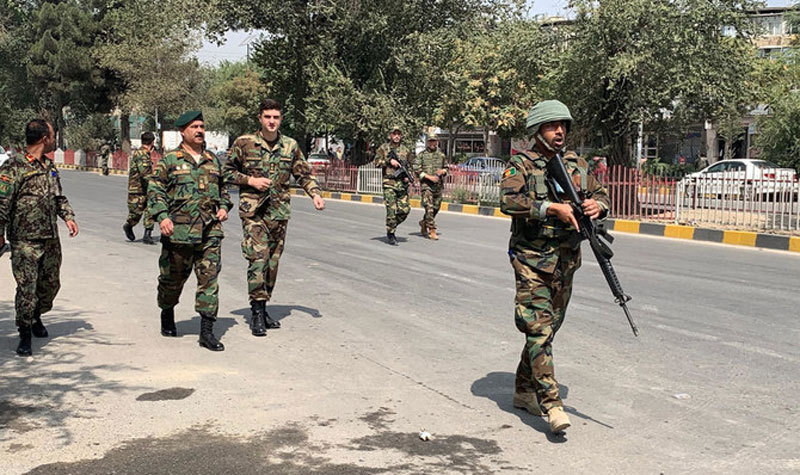 A large car bomb rocked the Afghan capital on Thursday and smoke rose from a part of eastern Kabul near a neighborhood housing the US Embassy, the NATO Resolute Support mission and other diplomatic missions. At least three people were killed and another 30 wounded, a hospital director said.

It was the second major blast in the Afghan capital this week while a US envoy has been in town briefing officials on a US-Taliban deal “in principle” to end America’s longest war.

Firdaus Faramarz, a spokesman for Kabul’s police chief, told The Associated Press that the explosion took place in the city’s Ninth Police District. It appeared to target a checkpoint in the heavily guarded Shashdarak area where the Afghan national security authorities have offices.

Interior Ministry spokesman Nasrat Rahimi said a car bomb had exploded on a main road and police were sealing off the area. No one immediately claimed responsibility for the attack.

An Associated Press reporter on the phone with the US Embassy when the blast occurred heard sirens begin there.

A Taliban suicide bombing in eastern Kabul on Monday night — which the insurgents said targeted a foreign compound — killed at least 16 people and wounded more than 100, almost all of them local civilians.

The Afghan government has expressed serious concerns about the US-Taliban deal, which US envoy Zalmay Khalilzad has said only needed the approval of President Donald Trump to become final.

Thursday’s blast occurred as Afghan presidential adviser Waheed Omer was speaking to reporters. He warned that difficult days were ahead and he described the deal as moving with “excessive speed.”