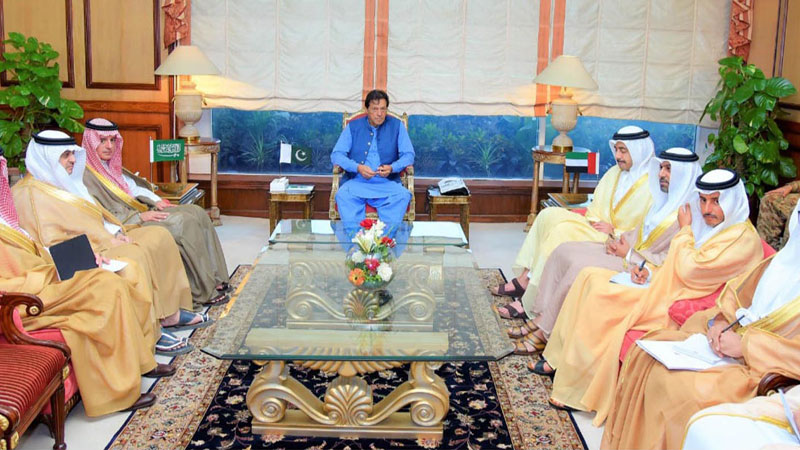 Imran Khan, however, cautions that approaching court carries a risk because the entire Rs 417 billion may be lost without any recovery at all

According to a statement issued by the Prime Minister’s Office, Imran Khan directed the attorney general for Pakistan to move an application for urgent hearing in the Supreme Court so that the matter is decided at the earliest and strictly in accordance with the law and the Constitution.

The prime minister took the decision in view of the recent controversy.

The statement further said the total amount stuck in the GIDC litigation from January 2012 till Dec 2018 is about Rs 417 billion. In the first round of litigation, the Supreme Court had annulled the GIDC statute whereas the federal government’s review petition was also dismissed by the Supreme Court. Thereafter fresh legislations were brought about, which are presently under challenge before the provincial high courts and a set of appeals is also pending in the Supreme Court.

In the above backdrop, an ordinance was issued with a view to recover 50 percent of the stuck revenue by way of an out-of-court settlement after consultation with the industry. “However, the prime minister wishes to inform the nation that going to the court carries a risk because the decision could go either way. This means that the government can get the whole amount or can lose it all and possibly forgo any prospect of future revenue collections under this head,” the statement said. “Also on top of this, the government can be saddled with the burden of administering refunds of approximately Rs 295 billion of the principal amount,” it added.

The GIDC was imposed as a levy by the Pakistan People’s Party (PPP) government in 2011 on gas consumers in the industrial sector. The money collected was to be used for the construction of infrastructure projects such as the Iran-Pakistan gas pipeline, Turkmenistan-Afghanistan-Pakistan-India pipeline and other Liquefied Natural Gas (LNG) projects.

The PTI government waived off approximately Rs208 billion in GIDC through a presidential ordinance with effect from August 28. As per a copy of the promulgated ordinance, industrialists and owners of fertilizers, CNG and Captive Power Plants, K-Electric, Gencos and Independent Power Producers (IPPs) were to pay half cess of the amount collected from May 22, 2015, to December 21, 2018.

The opposition parties had vehemently denounced the government’s decision to write off Rs208 billion in favour of a few industrialists.