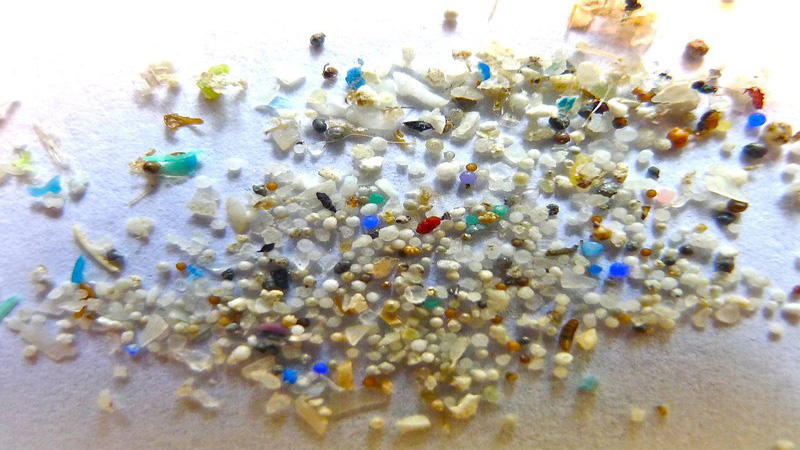 Tiny bits of plastic may be getting into our bodies through the air we breathe and the food we eat, a new study suggests.

Researchers who examined stool samples from eight people from diverse geographic locations found that all contained bits of plastic, according to a report in Annals of Internal Medicine.

“This small prospective case series showed that various microplastics were present in human stool, and no sample was free of microplastics,” wrote the team of scientists, led by Dr. Philipp Schwabl of the Medical University of Vienna. “Larger studies are needed to validate these findings. Moreover, research on the origins of microplastics ingested by humans, potential intestinal absorption, and effects on human health is urgently needed.”

The researchers did not respond to an emailed request for an interview.

To get an idea of how widespread plastic ingestion might be, Schwabl and his colleagues rounded up eight volunteers who were willing to keep a food diary for a week and then submit a stool sample for analysis.

The study volunteers came from around the globe: Japan, Russia, the Netherlands, the United Kingdom, Italy, Poland, Finland and Austria. Their food diaries showed that all had possible plastic exposure via food wrappers and bottles. None of the volunteers were vegetarians. Six of the eight had consumed ocean-going fish.

The stool samples were tested at the Environment Agency Austria for 10 types of plastic with a newly developed analytical procedure. As many as nine different plastics, with pieces ranging in size from 50 to 500 micrometers, were found in the stool samples. The most common plastics found were polypropylene and polyethylene terephthalate. The samples contained, on average, 20 microplastic particles per 10g of stool.

The particles were mostly shaped as fragments and films and rarely as spheres or fibers, the researchers reported.

It’s not known where the microplastics came from or how they were ingested. But because there were different types of plastic, the researchers suspect there were multiple sources, ranging from food processing and packaging to shellfish and sea salt.

The researchers also don’t know how the bits of plastic might impact health.

“Discussion is ongoing about the potential health effects of ingested microplastics and nanoplastics, which (at least in animals) may translocate into gastrointestinal tissues or other organs and cause deleterious effects,” they noted.

While the new study shows that the bits of ingested plastic can be detected, “it gives no insight into health implications,” said Jennifer Adibi, an assistant professor in the department of epidemiology at the University of Pittsburgh Graduate School of Public Health.

It does shine a light on a different way of looking at the impact of plastics on health, Adibi said. “Until now we have been focused on measuring and studying the health effects of the chemicals in plastics,” she added. “Now we need to extend that thinking to include the intact particles of plastics. It seems the mechanisms could go beyond the cell, and involve effects on tissue matrices, including cell membranes.”

At some point, Adibi said, “we need to understand if particles in poop are correlated with particles in our target tissues-the liver, brain, reproductive organs, fetuses, placentas.”