Everything Inside is a compilation of moving stories

* Like Edwidge Danticat herself, many of the people in these eight finely crafted stories are members of the Haitian Diaspora 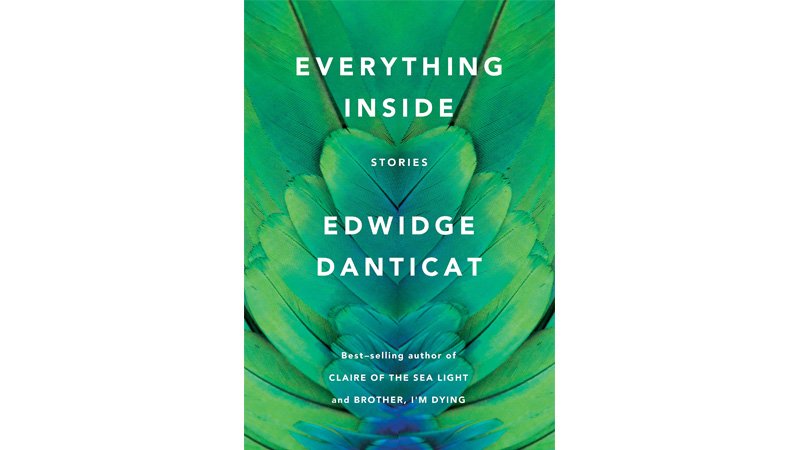 Novelist and writer Edwidge Danticat’s Everything Inside gathers moving stories about the Haitian Diaspora.

Home, they say, is where the heart is. For those who leave their native land, that can mean their hearts never heal.

That is true of many of the characters in Edwidge Danticat’s powerful new short story collection, Everything Inside. Like Edwidge Danticat herself, many of the people in these eight finely crafted stories are members of the Haitian Diaspora. They have fled that island nation because of natural disasters like earthquakes and hurricanes, or human disasters like brutal politics and poverty. They live in Florida and New York, but their emotional ties to Haiti are profound.

One woman, Danticat writes, as a young mother in Miami, “was so lonely and homesick she kept kissing her babies’ faces, as if their cheeks were plots of land in the country she’d left behind”.

The author was born in Haiti’s capital, Port-au-Prince, raised in Haiti and in Brooklyn, and has lived for years in Miami. Her own ties to Haiti are strong. Haiti is not only her frequent literary subject but a political cause.

Danticat’s novels and short story collections include Breath, Eyes, Memory, Krik? Krak!, The Dew Breaker and Claire of the Sea Light. She has also written six children’s books. Her memoir Brother, I’m Dying won the National Book Critics Circle Award and was a finalist for the National Book Award.

Danticat has a gift for the intriguing first line, as in Dosas, this book’s first story: “Elsie was with Gaspard, her live-in renal-failure patient, when her ex-husband called to inform her that his girlfriend, Olivia, had been kidnapped in Port-au-Prince.” It’s even more complicated than it sounds.

Elsie, who works as a home nursing attendant in Miami, is still sad over her divorce from Blaise, a not very successful musician. She’s the one who introduced him to the charismatic Olivia, who became his lover – and Elsie’s best friend. It’s a tossup which one of them Elsie misses most.

At work, Elsie is caring for Gaspard, a proud old man who has refused his only daughter’s offer to give him one of her kidneys. When Elsie hears of Olivia’s abduction, she makes an offer of help that’s also a sacrifice that comes with surprises.

Another father-daughter relationship is at the center of In the Old Days, although it’s a nonexistent one. Nadia, a young woman who teaches high school in Brooklyn, has never met her father. He left her mother, not knowing she was pregnant, to return to Haiti, and Nadia’s mother never told him about his daughter, because he “chose a country over me.”

One woman, Danticat writes, as a young mother in Miami, ‘was so lonely and homesick, she kept kissing her babies’ faces, as if their cheeks were plots of land in the country she’d left behind’

Summoned to her mother’s restaurant, Nadia wonders, “Still, why did people think that they should share the most life-changing news during a meal? Had they been biding their time, waiting for a moment when the other person was sitting in a public place with a mouth full of food and couldn’t scream?”

The scream-worthy news is that not only does Nadia’s father know she exists, he’s dying and wants to see her. In a lifetime of anger, she tells us, “I had already killed him over and over in my mind. In a robbery, a duel, a terrorist attack, with bullets, grenades, land mines, snakebites.” But when she goes to Miami, where he has come for medical treatment, she finds something she never imagined.

The last two stories in Everything Inside each have a subtle element of fairy tale or fantasy. In Seven Stories, a Haitian-American woman gets an invitation to visit the home of the prime minister of an unnamed Caribbean nation. Her only connection: She knew his wife for a few weeks when both were little girls.

Callie Morrissette is not only the wife of a prime minister, she was the daughter of one. Her childhood was all princess privilege – until her father was assassinated when she was seven years old. She and her mother fled to Brooklyn to stay with an aunt, who was the narrator Kim’s neighbor. Kim was just a kid, too, but offered what comfort she could.

Now Callie looks like a supermodel and is back living in the same luxurious palace she told Kim about back in the day. “It was a wonderful place to live, she’d said, except that grown-ups with guns were always watching over her.”

But between posh and celebrity-studded parties, Kim slips out of the palace for a visit to a rural hospital that paints a different picture of the island. Callie has revelations of her own of the dark side of her fairy-tale life – to escape after the assassination, she and her mother paid a much higher price than anyone knew.

The final story, Without Inspection, has another of those arresting first lines: “It took Arnold six and a half seconds to fall five hundred feet.” During that instant, his life passes before our eyes.

When he falls, Arnold is working construction on a Miami high-rise hotel, happy to be supporting his family. The slip from a scaffold he “had neither intended nor chosen” leaves him recalling his loveless childhood and his journey from Haiti to Florida, which almost ended in his death when a boatload of migrants was tossed overboard.

But an angel awaited on the beach, another Haitian migrant named Darline. She volunteered to help people like him because when she arrived on a sinking boat, she saved her young son and watched the boy’s father die.

Danticat gives us a warm portrait of the life Arnold and Darline make with her son, Paris – and she renders Arnold’s death even more heartbreaking by revealing how his undocumented status will shape it.

But, she writes, “There are loves that outlive lovers. Some version of these words had been his prayer as he fell.” Danticat’s luckiest wanderers find their heart’s home, wherever it may be.