‘It — Chapter 2’ is Pennywise but pace foolish

* Hader nails the laughs, of course, but his triumph comes in finding the well of loneliness that fuels Richie’s fear, not just of It but of the secret he keeps buried 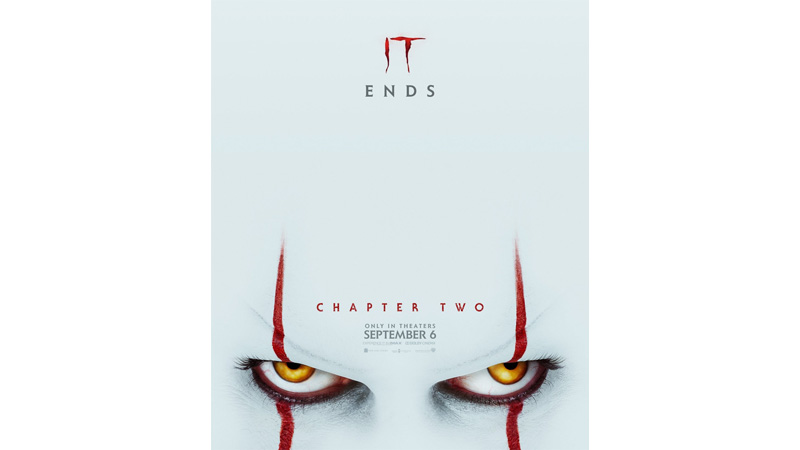 Is it weird to say that ‘It – Chapter 2’ is almost as scary but not quite as grabby as Chapter One? Sorry, truth hurts. The sequel to the 2017 horror smash faithfully follows Stephen King’s epic, 1,100-page, 1986 bestseller by skipping ahead 27 years and tracking its protagonist kids into their messy, angst-ridden adulthood. Once called the Losers Club, these children of Derry, Maine, are having a reunion. Not by choice – by force. As young’uns, they vowed only to come home if Pennywise, the twisted and murderous clown who wreaked havoc in Derry back in the day, returned for another killing spree. Well, he’s back. And so is Bill Skarsgård, irreplaceable as the clown prince of infamy. Just the sight of him freezes the blood, flashing those yellow teeth and beckoning prey with that squeaky voice, making false promises that’ll end with him biting their arm off, or worse. Pennywise is only one manifestation of the shape-shifting It, but he’s surely the most horrifying, able to plant seeds of unrest in the subconscious for many sleepless nights to come.

You’re hooked, right? And you’ll be pleased to know that the whole cast come up aces. Bill Hader takes Best in Show as Richie “Trashmouth” Tozier, the kid with glasses who is now an acid-tongued L.A. comic. Hader nails the laughs, of course, but his triumph comes in finding the well of loneliness that fuels Richie’s fear, not just of It but of the secret he keeps buried. James McAvoy also scores as Bill Denbrough, Richie’s childhood bestie who married a movie star (Jess Weixler) and is famous for writing books and screenplays with endings everyone hates (hold that thought; it might apply to this movie). Jay Ryan excels as Ben Hanscom, once bullied for being overweight but currently an architect who looks hotter than “a team of Brazilian soccer players,” a fact that does not go unnoticed by Beverly Marsh (Jessica Chastain), the only female in the Losers Club and once a source of romantic rivalry between Ben and Bill. Chastain brings genuine grit and grace to the role of a fashion designer once abused by her father and currently by her husband. Maybe facing It will enable her to make some essential life changes.

It’s Mike Hanlon, the only African American in the gang and the only one of the Losers still living in Derry, who issues the distress call that brings home the old team, including Stanley Uris, an accountant who’s not as nerdy as he looks and Eddie Kaspbrak, a risk-averse hypochondriac till the end

It’s Mike Hanlon, the only African American in the gang and the only one of the Losers still living in Derry, who issues the distress call that brings home the old team, including Stanley Uris, an accountant who’s not as nerdy as he looks and Eddie Kaspbrak, a risk-averse hypochondriac till the end. It’s these seven who must search out and destroy It, an entity with the power to manifest the individual terror that haunts each of us. And they can only do it together. In these troubled times, that’s meant as uplift. 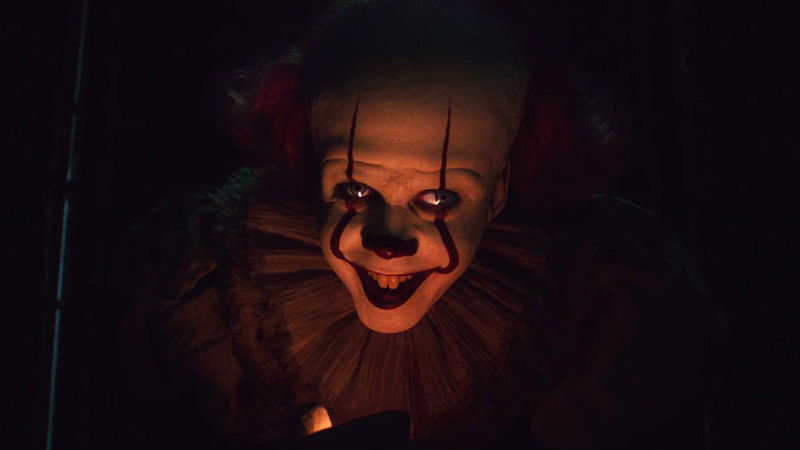 So what’s the problem? For starters, It: Chapter Two is an ass-numbing two hours and 50 minutes. That’s a good half-hour longer than Chapter One, proving the adage that less is definitely more. The dragging pace diminishes the film’s ability to hold us in its grip. There are endless flashbacks to the characters as kids, as if director Andy Muschietti and screenwriter Gary Dauberman didn’t trust the audience to have seen the first film and decided to squeeze the highlights into this one just in case.

Not among the miscalculations is the decision to include the hate crime that was wrongly eliminated in the 1990 miniseries production of King’s novel. In fact, Muschietti begins his film with the murder of Adrian Mellon, a gay man played by renegade queer Canadian filmmaker Xavier Dolan. Based on the real-life 1984 drowning of Charlie Howard, a young gay man viciously attacked in Bangor, Maine, the sequence shows teens gay-bashing Adrian and then throwing him off a bridge into a canal. It’s then that Pennywise reappears, ready to finish the job. King was writing about the roots of evil in human behaviour – sadly, a theme that hasn’t grown less timely or relevant. At its best dealing with the horrors of everyday life and our mutual responsibility to end them, It: Chapter Two challenges us to see the worst in ourselves. Now that is truly terrifying.