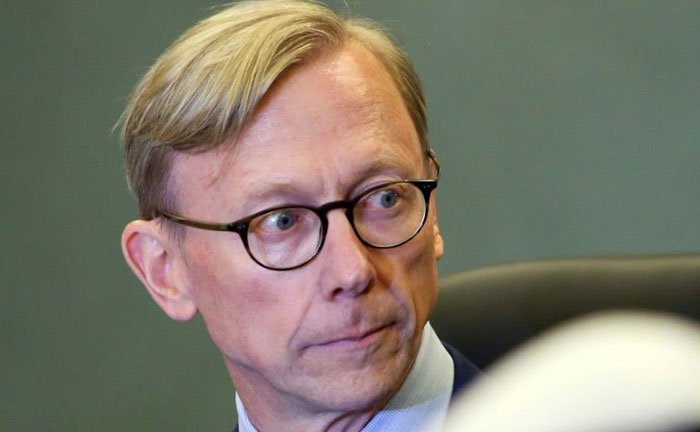 A senior US official on Wednesday ruled out issuing waivers to Iran sanctions to permit a French-proposed credit line, which Tehran says could bring it back to full compliance with the nuclear deal. “We can’t make it any more clear that we are committed to this campaign of maximum pressure and we are not looking to grant any exceptions or waivers,” Brian Hook, the State Department coordinator on Iran, told reporters. He added, however, that he has not yet seen a “concrete” French proposal and could therefore not comment on the idea. French President Emmanuel Macron has been seeking to ease soaring tensions by bringing some economic relief to Iran and last month appeared to draw President Donald Trump’s interest when Macron said he hoped to arrange a summit between the US leader and his counterpart Hassan Rouhani.