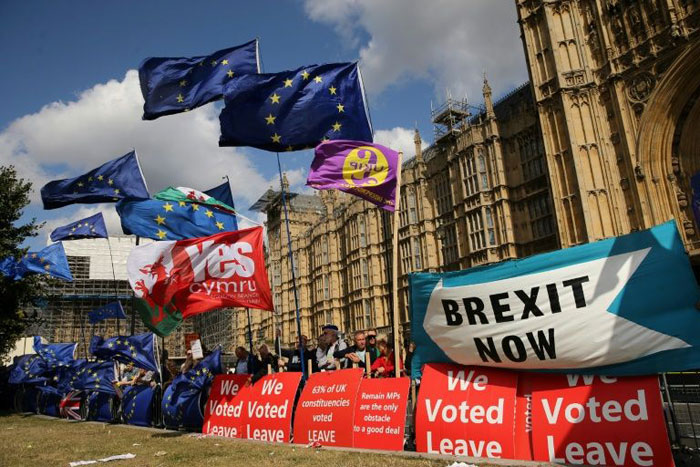 Brussels on Wednesday warned Prime Minister Boris Johnson against the idea he could strike a new Brexit deal with EU leaders before Britain crashes out of the bloc next month.

EU officials met a British delegation for “technical talks”, but stressed once again that London has come up with nothing that might convince them to reopen the withdrawal agreement.

And a senior EU source poured cold water on the idea leaders might agree and approve a new accord at their summit on October 17 and 18, just days before Britain leaves on October 31.

“Leaders have never negotiated directly with the UK PM on Brexit. In line with the treaty, UK is not even present when the EU27 Leaders discuss Brexit,” the official told AFP after a meeting of EU ambassadors.

“The assumption that in a space of a few days a proposal could be made, negotiated, endorsed by the summit and ratified by EP (European Parliament) and UK Parliament by end-October seems like a rather heroic assumption, to say the least,” he said.

Amid political chaos in London, Johnson has suggested that he could seek a new or revised withdrawal agreement when he attends next month’s European Council summit in Brussels.

But the leaders have delegated the task of negotiating with London to the European Commission, which has appointed a Brexit task force under senior official Michel Barnier.

The European Commission, meanwhile, said that Britain had not come up with any alternative for the so-called “Irish backstop” that Johnson insists must be stripped from the accord.

One day after Johnson saw his governing majority wiped out in a parliamentary revolt against his Brexit strategy, the new premier faced the claim that he aims to crash out without a deal. “These negotiations that he talks about are a sham. All he’s doing is running down the clock,” British opposition leader Jeremy Corbyn declared at a rowdy prime minister’s questions in the parliament.

Johnson insisted “we are making substantial progress and we will get the backstop out. We will get an agreement that I think this house can approve.”

But there was no sign of any such development in Brussels, where EU officials were focused on stepping up planning to mitigate the economic impact of the feared no-deal outcome. “There may be twists and turns in political developments in London right now, but our position is stable,” spokeswoman Mina Andreeva said, as the EU posted its latest planning document. This report described the backstop as “the only solution identified” that would protect the Northern Ireland peace agreement and the EU internal market without closing the Irish border.