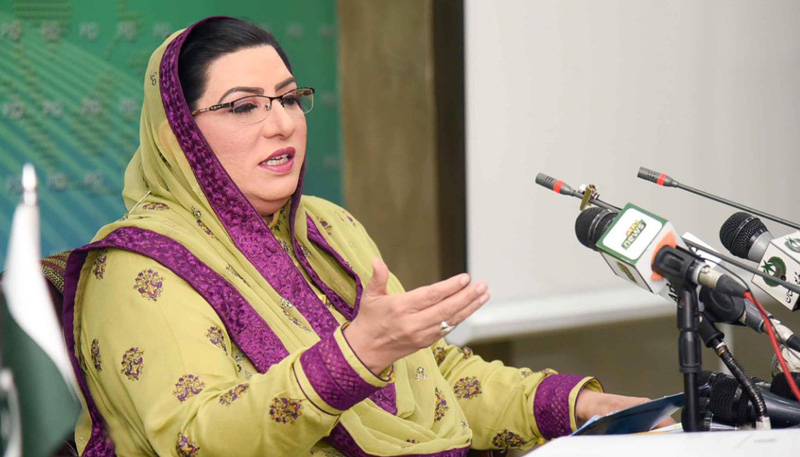 Special Assistant to Prime Minister on Information and Broadcasting Dr Firdous Ashiq Awan on Wednesday said that Pakistan has fully exposed the fascist, racist and extremist face of Indian government, which has been following following the ideology of Hindutwa.

Speaking as chief guest at a seminar on Kashmir scenario, she said that the Prime Minister has emerged as the best advocate of Kashmir by pleading their case through diplomacy.

She said that inhuman Indian repression of the people of Indian-held Kashmir has undermined its claim of largest democracy of the world.

In IHK, Indian occupation forces have literally turned the state into a open-air prison by imposing clampdown and curfew and cutting the valley from rest of the world by suspending communication linkages internet, broadband, mobile and landline telephone services.

She said that Kashmiris were facing acute shortage of edibles and medicines and looking towards the world community and human rights organizations.

She said that in civilized world, torture of even animals was not tolerated but here 8 million Kashmiri humans were brutalized and imprisoned by colonial forces of India.

The arrival of Saudi deputy foreign minister and United Arab Emirates (UAE) foreign minister, was manifestation of their trust in the leadership of Imran Khan and his diplomatic efforts on Kashmir, she added.

Terming students of International Islamic University as Pakistan’s ambassadors in their respective countries, she expressed the hope that they would advocate the case of Kashmir in their native countries.

Appreciating the management of IIU for feeling the pain of Kashmiri brethren, Dr Firdous said that such support for the Kashmir cause would prove a source of inspiration for the besieged people of Kashmir.

She said that condemnation by Organization of Islamic Conference (OIC) of the inhuman curfew and communication blackout in Occupied Kashmir was diplomatic victory of Pakistan and a clear defeat of India.

However she said that ” people of Pakistan and Kashmir wanted more concrete steps from the OIC as being Muslim we have the relationship of body and soul.”

For highlighting this issue, the Prime Minister had decided to observe September 6 as Defence Day of Kashmir as it was the jugular vein of Pakistan.

She said that Muslims here fully believed that wars were fought with the power of faith in Allah Almighty.

Meanwhile, Dr Firdous said that Kashmiris freedom from Indian subjugation was writing on the wall.

In a tweet, the SAPM said that during past seven decades, the strongest voice for Kashmiris right to self-determination was that of Prime Minister Imran Khan who was challenging Indian repression and tyranny in IOK. From his write up in New York Times to his address in North America, Imran Khan was pleading Kashmiris case at all forums, she remarked.

She said that Imran Khan was warning the international community against threat to world peace from fascist and repressive mindset of Indian Prime Minister Modi.

The arrival of Saudi and United Arab Emirates (UAE) foreign ministers was manifestation of their trust in the leadership of Imran Khan and his diplomatic efforts on Kashmir.

She said that the visits of the two foreign ministers at this critical time showed their concern over the situation in Kashmir and its world recognized disputed status. She urged the civilized world to support Kashmiris and demonstrate their respect for humanity.