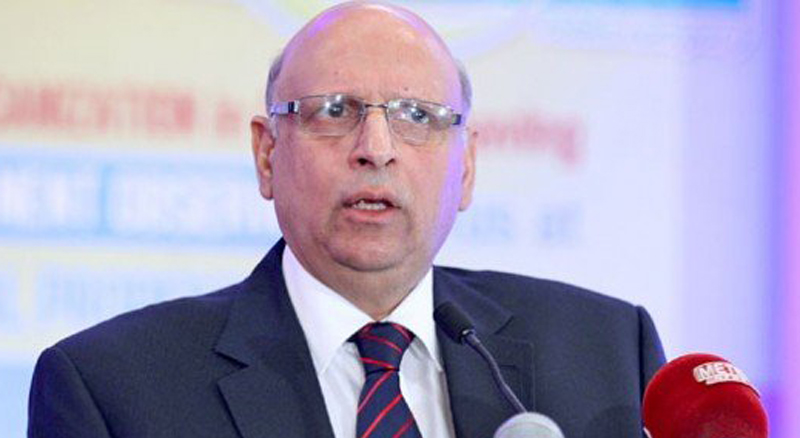 Punjab Governor Chaudhry Mohammad Sarwar has said that Pakistan is not isolated on the diplomatic front, instead “we are getting stronger” than ever and we will defeat India on diplomatic front.

He said that the visit of foreign ministers of Saudi Arabia and UAE is very significant for Pakistan in the prevailing situation. Both the countries will not disappoint us on the Kashmir issue, he said. “In the presence of Prime Minister Imran khan, not a single penny can go wasted from the national exchequer and we will protect each and every penny of national treasure.” he assured. He was expressing these views in a meeting with Chairman Pakistan Ulema Council Allama Tahir Ashrafi, 30 member Shia delegation led by Agha Shah Hussain Qazalbash at Governor House and was later talking to media at a local hotel after MOU signing ceremony between Star marketing and Regal city. Chairman Regal city Sheikh M Akbar, MD Bisma Akbar, Chairman Star Marketing Wasif Naeem, Mohammad Azeem and Haji Raza and many others were present at this occasion.

Sarwar said that it’s a welcoming sign that Pakistan and India has progressed in Kartarpur Corridor talks and we also assure that Pakistan will inaugurate the Kartarpur Corridor before the 550th celebrations of Baba Guru Nanak whatever the situation is. Responding to a question Sarwar said that India doesn’t let a chance slip to conspire against Pakistan and India is trying to weaken Pakistan on diplomatic grounds but they failed earlier and they will fail this time and we will defeat India on diplomacy front and in the upcoming month the US visit of Prime Minister Imran Khan and his address to UN General Assembly will be of immense importance. He said that India is trying to cover their atrocities on Kashmir but today the voice of Kashmiris has reached every corner of the world and everyone is condemning Indian atrocities on Kashmiris and there is no doubt that India will have to solve Kashmir Issue according to the resolutions of the United Nations one day. PTI government from the day one is committed to provide housing facilities to shelter less and homeless people through Naya Pakistan Housing Scheme which has already been started in few districts of the Punjab. Govt will facilitate all the housing societies duly approved by LDA and concerned departments and will collaborate with them in provision of 5 million houses to shelter less people, he concluded.