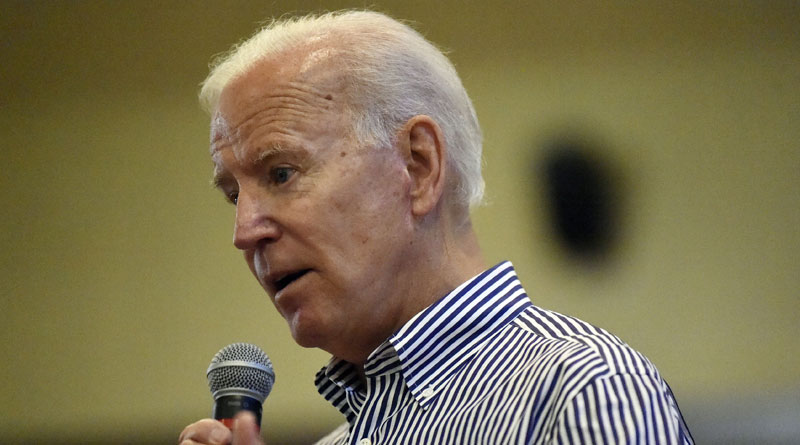 Joe Biden entered the Democratic primary promising “from day one” to reject campaign cash from lobbyists.

“I work for you – not any industry,” he tweeted.

Yet hours after his April campaign kickoff, the former vice president went to a fundraiser at the home of a lobbying executive. And in the months since, he’s done it again and again.

It’s difficult to quantify how much Biden has raised from the multibillion-dollar influence industry, but the roughly $200,000 he accepted from employees of major lobbying firms is far more than any of his rivals has received, according to a review of campaign finance data by The Associated Press.

Though it is a small fraction of the $21.5 million he reported raising in the second quarter of 2019, the money demonstrates a comfort with an industry that is the object of scorn of Democratic activists and some of Biden’s principal rivals.

That includes roughly $6,000 in contributions his campaign accepted from six federally registered lobbyists, including representatives of Google, aerospace and defense giant Lockheed Martin, and pharmaceutical companies, records show. An additional $5,750 was donated by two lobbyists who had been registered shortly before making contributions to Biden’s campaign, records show.

In at least two instances, donations came from lobbyists with criminal records who have served time in federal prison.

Former Florida Rep. Lawrence J. Smith, a federally registered lobbyist representing the city of Pembroke Pines, gave Biden $1,000 after attending a fundraiser in May. Smith left Congress in 1993 after it was revealed he bounced 161 bad checks. He was convicted months later of tax evasion and using campaign cash to settle a gambling debt.

Maryland statehouse lobbyist Gerard E. Evans gave Biden $2,600, records show. He was sentenced to 30 months in federal prison in 2000 after being found guilty of participating in an elaborate fake legislation scheme that bilked clients out of more than $400,000 in lobbying fees, according to court records.

Excluded from Biden’s pledge are lobbyists who work at the state level and those who lobby, or supervise lobbyists, but do not meet the legal threshold requiring them to register.

Spokesman Matt Hill said in a statement that Biden will “fight the influence of corporations and special interests in our political system, which is why his campaign refuses donations from corporations, their PACs, and federal lobbyists.”

Biden’s approach contrasts sharply with Sens. Elizabeth Warren of Massachusetts and Bernie Sanders of Vermont, who have built their campaigns around a vow to reject big money in politics. Both have sworn off big-dollar fundraisers, while Biden has embraced them.

Such an embrace “doesn’t mean your positions are up for sale,” said John Wonderlich, executive director of the Sunlight Foundation, a nonpartisan group that advocates for government transparency. But it “can certainly change what issues seem the most salient and whose voice gets heard.”

Biden is not alone in accepting contributions from the influence industry. President Donald Trump vowed to “drain the swamp” but has since reaped contributions from powerful industries with business before his administration. And many of Biden’s Democratic rivals have made similar pledges that also include subtle caveats and omissions.