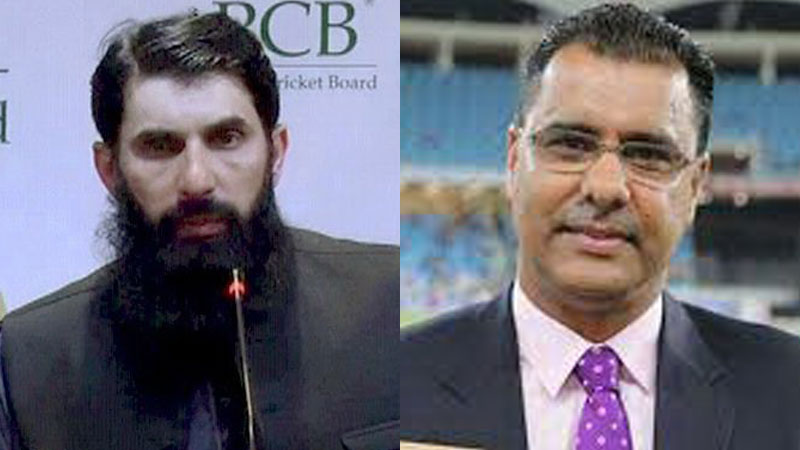 The Pakistan Cricket Board (PCB) on Wednesday took a big gamble, which could backfire badly, when former Test skipper Misbhul Haq was handed over the dual role of coach and chief selector of the national squad. By giving dual responsibility of the national team to a single individual, the PCB has given Misbah unprecedented influence over Pakistan cricket. It might hinder players from sharing their problems and issues with the coach, due to the fear of being left out of the side. With the new appointment, the PCB has also put aside the issue of conflict of interest, which is a matter of ethics, as Misbah is also all set to become the head coach of the Pakistan Super League (PSL) franchise Islamabad United. Now with the precedent set, the PCB won’t be able to restrict other officials who wish to play such dual roles in both the national set-up and the PSL.

Misbah was a unanimous choice of a PCB five-member panel that comprised Intikhab Alam (former captain and the longest serving Pakistan team manager and coach), Bazid Khan (former international cricketer and one of the most respected commentators), Asad Ali Khan (member, Board of Governors), Wasim Khan (Chief Executive Officer, PCB) and Zakir Khan (Director – International Cricket, PCB) following a robust recruitment process. Misbah played 75 Tests for Pakistan scoring 5222 runs, most of them in tricky situations. He also played 162 ODIs and 39 T20Is, where he scored 5122 and 788 runs respectively. He retired from the game in 2017. Misbah led Pakistan in a national record 56 Tests and even took them to the No. 1 position in the ICC Rankings in 2016. He is Pakistan’s most successful Test captain with 26 wins.

On the recommendation of Misbah, the PCB also named two-time former head coach and ICC Cricket Hall of Famer Waqar Younis as bowling coach of the national side on a three-year contract. Both the national team appointments were approved by the PCB Chairman Ehsan Mani. The duo replaces Mickey Arthur and Azhar Mahmood respectively. Misbah and Waqar have previously worked as a pair from May 2014 to April 2016 with the former as captain and the latter as head coach. Waqar’s readiness to work under Misbah comes as a surprise considering he has been Pakistan’s head coach on two occasions in the past.

Addressing media yesterday, the 45-year-old Misbah said: “It is very humbling for me to join a select group of some of the very best to have coached the Pakistan national sides in the past. It is an honour and more than that, a massive responsibility as we live and breathe cricket. I know expectations are high, but I am absolutely ready and up for the task otherwise I would not have thrown my name in the hat for one of the most challenging and coveted roles in Pakistan cricket. We have some of the most talented and exciting cricketers, and I will like to help them train and prepare in such a way that they can play intelligently, smartly and fearlessly. I am aware this will require a change in the dressing room culture but if we have to compete consistently at the highest level, we have to embrace these modern day requirements.”

Misbah added this was a performance-oriented world and only those Pakistan players had thrived in the past who had taken the pride in donning the star and crest on their chests by delivering every time they has stepped on to the field. “That’s the way I have played my cricket all through my career and this will not change in my new role. I am excited to once again have someone as experienced and knowledgeable as Waqar in my corner as a bowling coach. We have exciting young fast bowlers in our ranks and there is no better person than Waqar to transform them into modern day stars.” He said as he was starting to begin a new phase in his career, he would like to thank his family, friends, former team-mates, the PCB and my club, departmental and franchise sides for supporting him in his journey.

Speculation had been rife about Misbah being appointed for a while now –– though both positions were advertised publicly, the PCB actively chased Misbah. He delayed applying formally for the position and the reason is because of yet another role he is due to take up: Islamabad United’s head coach. Eventually, Misbah applied hours before the deadline, was interviewed, and ended up beating Mohsin Khan and Dean Jones, who had also applied. From being a shock candidate to take the captaincy less than a decade ago, Misbah is now, arguably, the most powerful man in Pakistan cricket. Applications were not especially abundant. Waqar was the only one who turned up for the interview after another shortlisted candidate, Mohammad Akram, withdrew at the last minute. This is Waqar’s fifth term with Pakistan in a coaching capacity, having served as bowling coach of the side in 2006-07, bowling and fielding coach briefly in 2009-10, head coach in 2010-11 and again from 2014 to 2016. The end, when it had come, wasn’t a pleasant one as he resigned three months before his contract was to end after a poor World T20.

If Misbah’s multiple roles weren’t already a talking point –– and he was part of the selection of all province squads for domestic cricket too –– he was also part of the very committee that reviewed Arthur’s tenure after the World Cup and then decided to not renew his contract. Now, in effect, one of those responsible for the decision to release Arthur has succeeded him. The PCB had also sought candidates for the batting coach role, but didn’t shortlist the only applicants –– Mohammad Wasim and Faisal Iqbal. Both were ignored. Of Misbah’s numerous roles, his position as head coach of a PSL franchise and the national team raises questions of a potential conflict of interest –– much in the way it had with his predecessor. Arthur was also coach of Karachi Kings during his time as Pakistan coach. The matter was taken up by Mani after becoming PCB Chairman and he promised to form a policy on dual roles that caused potential conflicts of interest. Before becoming Chairman, Mani had questioned the situation of national coaches working with domestic teams. But with Misbah now holding three roles, a definitive position on the issue may not be forthcoming. Last year, under Mani, the PCB did remove chief selector Inzamamul Haq from the PSL player draft committee because of a potential conflict of interest since he was involved with a talent-hunt programme run by one of the tournament’s franchises, Lahore Qalandars.

Ending speculations regarding his role in the PSL, PCB CEO Wasim Khan — who was also present at the press conference — said: “An executive decision has been made to let Misbah coach during the PSL as our team will be playing only 42 days of international cricket in the next one year. Misbah needs all the coaching experience he can get and the PSL is a good place to start.” Wasim added: “We are delighted to have someone of Misbah’s leadership, skill and stature taking on the responsibility of our national team. At the same time, I want to thank all the local and foreign candidates who offered their services, but the panel unanimously put their weight behind Misbah as it believed he was a perfect fit for the dual assignments due to his understanding, knowledge and demands of Pakistan cricket across all the three formats of the game.” The first assignment of the Misbah-Waqar combination will be the upcoming three-ODI and three-T20I home series against Sri Lanka, which will be played from September 27 to October 9. Their first series in the World Test Championship will be in Australia, where Pakistan will play in Brisbane (November 21 –– 25), followed by a day/night Test in Adelaide (November 29 –– December 3).