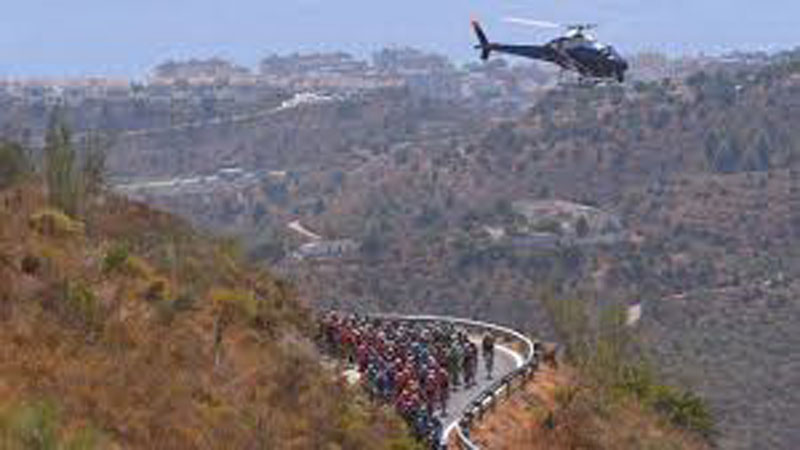 BARCELONA: Spanish police were lent an unexpected hand in a drug raid in the province of Barcelona after a helicopter camera filming the Vueltaa Espana cycling race alerted officers to two rooftop marijuana plantations. Officers seized 40 cannabis plants on Tuesday in the town of Igualada after being alerted to the plantations due to videos from last Saturday’s stage eight which had been posted on social media, a spokeswoman said. The images showing the plants were taken from a helicopter camera as the riders approached the finish line in Igualada, located 65 kilometres outside of Barcelona. The 166.9 kilometre stage beginning in Valls was won by German rider Nikias Arndt. The spokeswoman added that no arrests had been made and there was an ongoing investigation to find the culprits. The Vuelta, a gruelling 21-day race through Spain and parts of France and Andorra, is the final Grand Tour of the year and finishes on Sept. 15. Slovenian Primoz Roglic currently leads the race after winning Tuesday’s individual time trial.